'We've been the third best team for a long while' - Man Utd now more 'robust' after slow start to 2019-20, says Solskjaer

'We've been the third best team for a long while' - Man Utd now more 'robust' after slow start to 2019-20, says Solskjaer 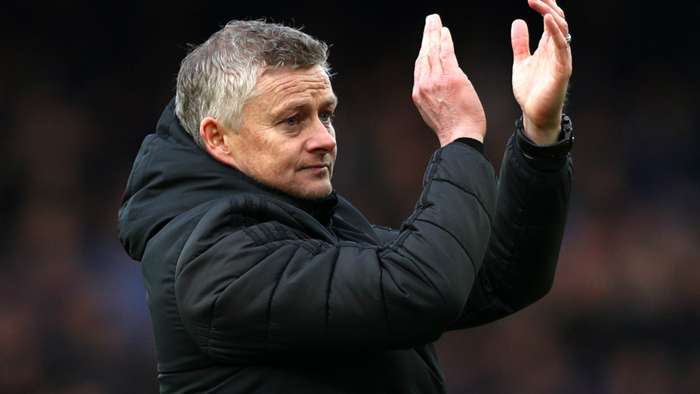 Manchester United are now more "robust" after a slow start to the 2019-20 campaign, says Ole Gunnar Solskjaer, who thinks the Red Devils have been been the "third best team" in the Premier League for a "long spell".

The performance served to raise levels of optimism among supporters expecting Solskjaer to bring back the glory days of Sir Alex Ferguson's reign, but it proved to be a false dawn.

The Red Devils failed to put together a significant run of wins between September and January, and slipped way behind pacesetters Liverpool as a consequence.

They were also in danger of missing out on Champions League qualification for a second successive year, until the winter arrival of Bruno Fernandes gave the entire squad a much-needed lift.

Solskjaer's men have won eight of their last 13 top-flight matches with the Portuguese pulling the strings in midfield, and are now sitting in third heading into the final weekend of the season.

A win or a draw against fellow top-four hopefuls Leicester will see United return to Europe's elite competition, and the Norwegian boss is pleased with the progress his side have made.

"It would be a good boost and a nice boost for the team to finish third," Solskjaer told Sky Sports. "I know since October, after that international break, we've had the third-most points in the league.

"For a long, long spell now we've been the third-best team, we just, in the start of the season, we were too inconsistent. Now we have got more consistency, more fitness levels, we're more robust.

"And of course we want to be in amongst the elite in Europe and play in the Champions League but the old Winston Churchill quote is, 'success isn't final, failure isn't fatal - then what you need is the courage to continue'.

"That's what we're going to do with this team, we continue. We carry on developing the team, improving and knowing that this is not the end of the journey for the team, this is just one other stepping stone in our development."

Although United have been one of the top-performing teams in the country since returning from lockdown, they have only won once in their last four, while exiting the FA Cup in disappointingfashion at the hands of Chelsea.

It has been suggested that fatigue has creptinto the squad at the worst possible time, but Solskjaer insists his players will be in peak condition when they arrive at the King Power Stadium on Sunday.

"We hoped to arrive at the last game of the season needing to beat Leicester to go past them - I think I said that quite early, maybe in January," The United manager added."That was the aim and we're here now.

"We feel good going into the game. We had to catch a few teams with both points and goals, and the boys have done exactly what's been required. We've kept on chasing them and now we're in the last game, 90 minutes to go.

"We'll be in the same position as every other team in the league, feeling the effects of a long season but we're ready to go, ready to play again. Every team will feel a long season coming towards the end.

"We have proven over the last five or six weeks that we are one of the fittest teams and one of the strongest teams. But all the other teams you'd feel a little bit of wear and tear, aches and bruises. I wouldn't worry about my players at all in that respect. They'll be sharp, fresh and ready."