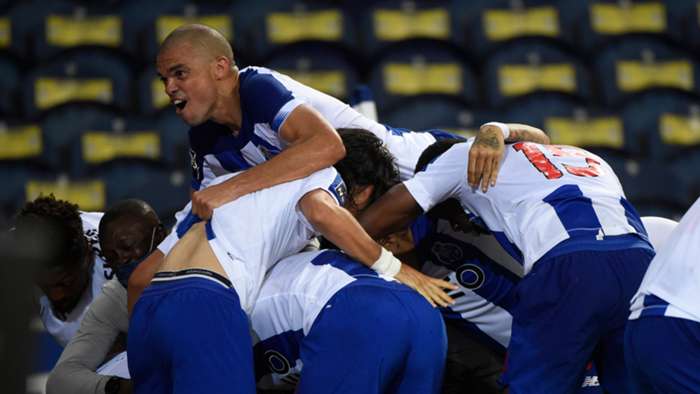 Porto have been almost flawless since the season resumed in June following the coronavirus-enforced break in March, winning six of their eight matches, including five in a row.

Benfica, meanwhile, have only managed three victories since returning to action last month and just four wins from 13 league games since February to slip eight points adrift of Porto.

"The team is to be congratulated for what we did, and not only in this game," Pepe said. "Sporting were in very good form but we knew how to cancel out their strong points.

"This is down to the hard work and sacrifice our squad put in, we never stopped, not even during the confinement.

"What made us champions? Above all, the togetherness we had. We know we represent a very important region of the country and we all identify with this region. When things get tough we use this strength to overcome adversities.

"If I'm not mistaken, in the first game of the season against Gil Vicente a defeat I said we lose together and we win together, and today is proof of that. Not only us the players, but the entire club and all the fans.

Porto head coach Sergio Conceicao added: "We won one of the most important titles in Porto's history. I'd like to dedicate this title to my family, who suffer a lot, my wife and my children and my parents."