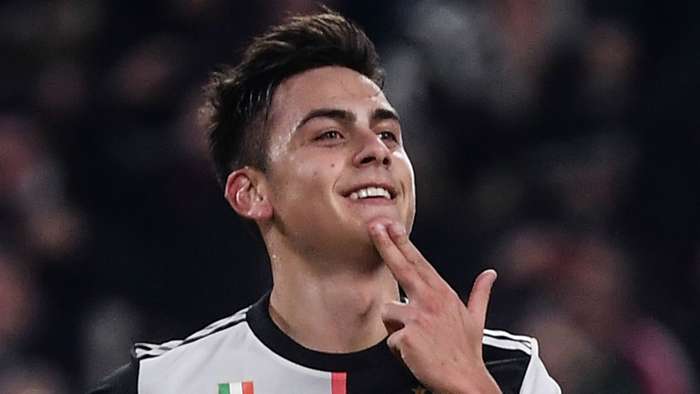 Paulo Dybala's agent has responded to reports linking the Juventus star with a move away from the club, stating that the Argentinian star is more than happy to remain in Turin for the foreseeable future.

Manager Maurizio Sarri was the first to go as he was dismissed in the wake of the defeat, with subsequent reports stating that Dybala and Cristiano Ronaldo could perhaps follow suit in the coming weeks.

Dybala has been pinned as the more likely to exit this summer, despite being named the Serie A Player of the Season.

The 26-year-old attackeris out of contract in 2022, with Juventus'chief football officer Fabio Paratici recently stating that the club plans on keeping him around as the two parties remain in "advanced" negotiations.

And Dybala's agent,Jorge Antun, says that he expects his client to stay in Turin going forward as the two sides look to come to terms on a new deal.

"I have read the rumours in the newspapers through the last few days and they're completely false," Antun said.

"Paulo Dybala is a Juventus player andhappy to be one. We'll work with the club to renew the contract with our usual attitude as always."

Dybala has been with Juventus since 2015, having joined the Serie A powerhousein a move from Palermo.

He has gone on to make 228 appearances during his time in Turin, scoring 95 goals in all competitions.

This season, he scored 17 goals in 46 appearances, with 11 of those goals coming in 33 Serie A matches.

Juventus once again sealed the Serie A title, with Dybala getting his hands on the trophy for the fifth consecutive season.

In total, Juve have won the league nine consecutive times, with Inter finishing one point behind them this season as Antonio Conte's side settled for second place.

Dybala had previously been linked with a move away from the club last year, with Manchester United and Tottenham reported to be among the suitors for the Argentine.