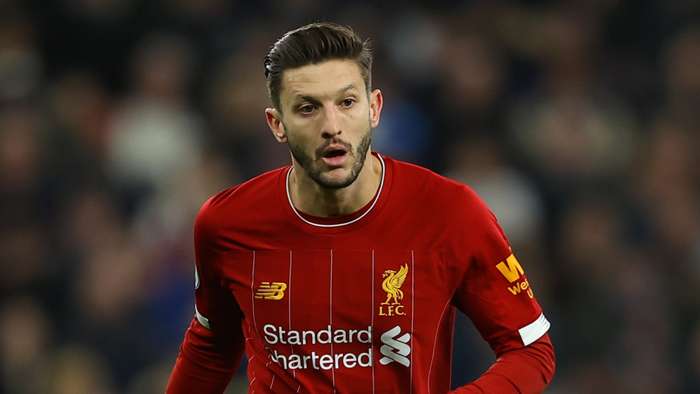 Adam Lallana says the current Liverpool squad are a “group of legends” for bringing the league title back to Anfield after 30 years, as he prepares to bid his farewell to the Anfield club.

The 32-year-old has been able to witness first hand the club’s rise under Jurgen Klopp, having been signed from Southampton by his predecessor Brendan Rodgers in the summer of 2014.

Since Klopp’s arrival in the autumn of 2015 the team has been on a steadily upward trajectory, reaching the final of the League Cup and Europa League in 2016, before losing to Real Madrid in the Champions League in 2018.

It has been nothing but glory for the Reds since that defeat in Kiev, though, with last season’s European triumph in Madrid followed up by the Super Cup, Club World Cupand now the Premier League this campaign.

Of all the trophies won over the past few years, it is the Premier League that has been most keenly welcomed by the Merseysiders, given the long wait since their last title success in 1990.

Klopp recently described Lallana as a legend before his summer exit, and although Lallana himself cannot agree with that assessment, he does feel this current generation of players will rank alongside some of the illustrious teams from Liverpool’s past.

“Maybe he has gone a bit over the top there,” he told Liverpool’s website. “But we are a group of legends, I can definitely see that.

The moment Liverpool players, fans and staff were waiting for came on Wednesday, when they finally theygot their hands on the Premier League trophy after their game against Chelsea.

For Lallana, it was the highlight of his time at the club.

“The Champions League win was amazing, don’t get me wrong, amazing,” he added, “I didn’t feature much and obviously I had injury troubles that year but it was great that I got back to being on the bench for the final because we were allowed nine subs.

“But on Wednesday night I really do feel like I’ve contributed to this season. Maybe not all the time on the pitch but I’ve had important moments. My goal at Old Trafford was lovely, I enjoyed it, but there have been big moments as well coming off the bench seeing games out. It’s over the course of a season, so everyone plays their part.”

Looking ahead to the future and Lallana believes it is the right time for him to move on from Anfield for the sake of his career, but says his spell on Merseyside has created a lasting bond.

“There are parts of me that are excited about my next challenge, which I’m close to knowing what’s happening, so there’s a mixture of emotions really at the moment. But what I keep bringing it back to is just making sure I enjoy every last day of my last week really because there’s a lot happening," he said.

“It’s the right time for me to leave. I’m desperate for a new challenge, I’m desperate to play a bit more. I still feel like I’ve got two or three years left at the top.

"It’s more of the relationships that you create and, in a week’s time, I will be somewhere else and not seeing these people that I’ve fought for and fought with over the last six years.

"So that’s where the element of sadness comes, but I’m thoroughly excited by next challenge and what that will bring.”