'We’ve got to inspire the next generation' - Liverpool can establish dynasty, says Oxlade-Chamberlain

'We’ve got to inspire the next generation' - Liverpool can establish dynasty, says Oxlade-Chamberlain 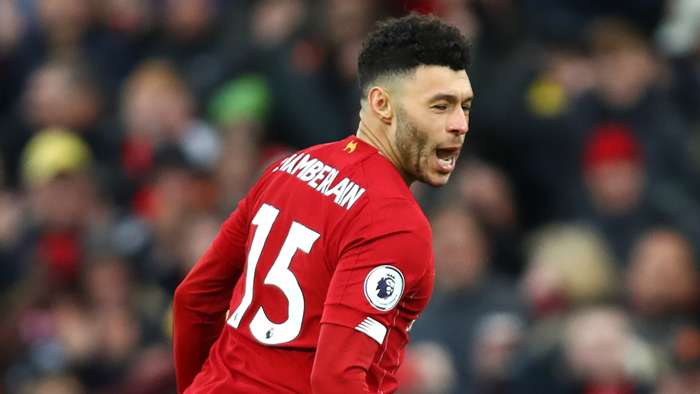 Alex Oxlade-Chamberlain wants to use his time at Liverpool to inspire the next generation of potential stars.

The chance to make history and leave a legacy has been a key part of Jurgen Klopp’s message to his players, and Oxlade-Chamberlain is keen to seize the opportunity he and his team-mates now have by winning even more silverware.

“So, as a player you need to seize those sorts of moments. We are here for a short time. We have our little spells, hopefully making history at this football club, we’ve got to do our bit to inspire the next generation like Steven Gerrard inspired me.

“At the minute we are going that way to doing that, but we need to go on now and have a strong streak for a few years and once said and done, that will be our story told and this football club will go on and hopefully people can follow us too, but we’ve got more work to do here and it’s an amazing start to a journey.

“We’ve done really well in the last three years since I’ve been here and we need to just keep building on it, but it’s a good time to be a Liverpool player and to be involved in this amazing football club so I’m really looking forward to what comes next, but we need to stay hungry and stay focused.”

Oxlade-Chamberlain put the icing on the cake of Liverpool’s trophy lift on Wednesday, scoring his side’s fifth goal in the 5-3 victory over Chelsea. Some had suggested Liverpool might struggle for motivation against a side chasing Champions League qualification, but Oxlade-Chamberlain wasn’t worried.

“I don’t think it was hard to find motivation at all,” he said. “It’s a football match against Chelsea, a top team, and when you go out there as a professional you want to beat them.

“We knew what we needed to do, we knew what was coming afterwards but the job in hand was to make sure we got three points today, did our job first and we could worry about this after. I’m glad that we did it."