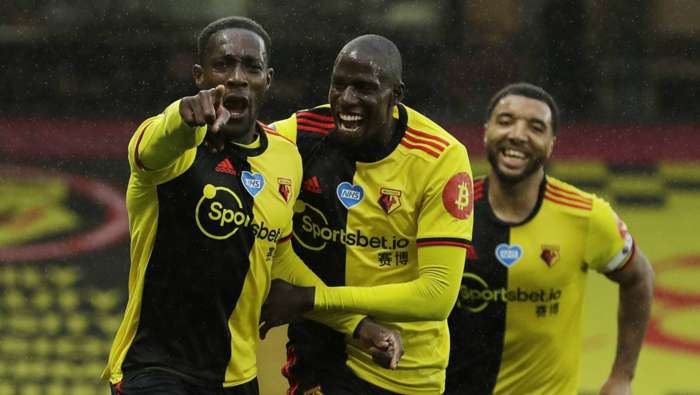 Watford can give themselves a big Premier League survival boost when they host Newcastle United on Saturday lunchtime.

Newcastle’s dream of sneaking into a Europa League spot quickly disappeared following a 5-0 loss at Manchester City and now the Magpies have little but pride to play for.

Watford won their most recent home game 2-1 against Norwich City and bet365 price them at 4/5 (1.80) to claim a vital three points here.

Newcastle’s six-match unbeaten run was ended last time out but they are 7/2 (4.50) to get back to winning ways at Vicarage Road.

The last two Premier League clashes between these sides have finished 1-1 and another draw can be backed at 13/5 (3.60).

Steve Bruce was without Allan Saint-Maximin, Andy Carroll, Isaac Hayden and Jamaal Lascelles for the trip to City and this game could come too soon for the quartet.

Watford could name a similar starting XI to the one that beat Norwich, with Danny Welbeck likely to come in after scoring a spectacular winner in that match.

It was only a week ago that the odds for this fixture could have been reversed but with Newcastle now with nothing to play for and Watford picking up their first win in six, it is the Hornets who are clear favourites.

Nigel Pearson masterminded Leicester City’s great escape in 2015 and although Watford are not in as much of a predicament as the Foxes were, having a manager who has experience of surviving a relegation battle should help the Hornets.

The 4/5 (1.80) price on Watford to win is, then, a tempting one, but there is perhaps greater value in the goals market considering both sides’ last three games have all seen three strikes or more.

With that in mind, the Evens (2.0) price on over 2.5 goals from bet365 looks the best bet here, especially considering Newcastle’s last three fixtures have seen a total of 14 strikes.