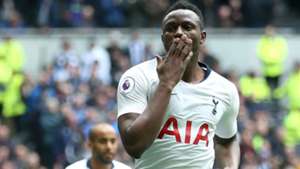 Tottenham midfielder Victor Wanyama has joined the Montreal Impact after falling out of favour at the north London club.

The 28-year-old joins the Impact on a free transfer as a Designated Player on a three-year deal.

Wanyama will link up with the Impact once his medical is completed and international clearance is processed.

He spoke of his excitement at a fresh start alongside the Impact's famous coach, ex-Arsenal legend Thierry Henry, where he will become the club's second Designated Player alongside fellow midfielder Saphir Taider.

"MLS continues to grow every season and I'm looking forward to bringing further awareness to this team, city and league across Africa.

"When I spoke to Thierry and he told me he wanted me to join him in Montreal, I didn't have to think twice. He has always been a player that I've admired, and I am really happy to get the opportunity to work with him and to play a part that can ensure that the Montreal Impact have an improved season and hopefully reach the ultimate stages of the competitions in which we compete.

"I think the Saputo family and the management team in Montreal have a great plan in place and I am hoping I can make a great contribution to the success of this project."

Wanyama joined Tottenham in 2016 - after three seasons at Southampton - and became an important part in Mauricio Pochettino's midfield.

He made 97 appearances for Spurs across four years, with the majority of his playing time coming in his first season before knee injuries kept him consistently on the sidelines.

Despite Tottenham's midfield issues, Wanyama had only made four appearances for the club this campaign and wasn't brought into first-team calculations once Mourinho replaced Pochettino as manager in November last year.

Wanyama's new side began their MLS campaign with a 2-1 win over the New England Revolution on March 1, while the club also advanced in the Concacaf Champions League by taking down Deportivo Saprissa.

It remains to be seen whether the Kenya international will be available for their next league match against FC Dallas on Saturday or the club's CCL clash with Olimpia on March 10.