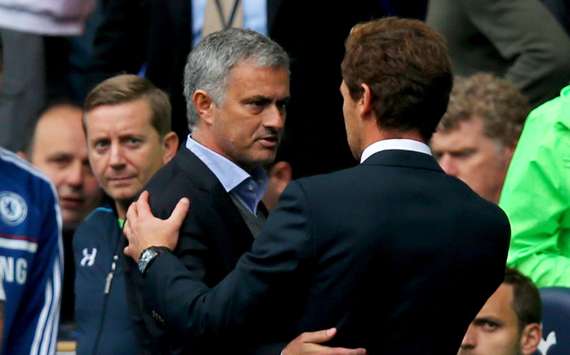 AndreVillas Boas singled out former mentor Jose Mourinho and Benfica great Artur Jorge as an inspiration to young Portuguese coaches, praising the Tottenham manager's ability to adapt to leagues across Europe as the mark of his greatness.

He followed the coach to Chelsea after lifting the Champions League with the Portuguese club and got his hands on the European trophy again at Inter before striking out on his own in 2009.

Villas Boas' career to date may not have yielded quite the same trophy haul as his former boss', although he did manage to take Porto to Primeira Liga and Europa League success in his only season on the bench in 2010-11 and guided Zenit St. Petersburg to a Russian title amid less successful spells with the likes of Chelsea, Tottenham and Shanghai SIPG.

But he acknowledges the impact of the Special One in setting an example for his compatriots, while also singling out ex-Benfica, Paris Saint-Germain and CSKA Moscow boss Jorge as another trailblazer.

“Our ability to adapt to different environments makes the difference, as well as our wisdom and study of the game, our ability to lead and communicate," the 42-year-old Marseille coach signalled in an interview withCanal 11.

"It is undeniable that these doors were initially opened by Artur Jorge and José Mourinho, as the first great ambassadors of Portuguese coaches abroad and that allowed us to open doors in any market in the world.

"Of course, then you have to succeed and that's the brand that we guarantee, a little bit like what the Dutch coaches achieved a few years ago."

"That image is now associated with the Portuguese coaches: the ability to adapt, to arrive and win, to assemble good teams and good structures is undoubtedly one of our brands and I think that's the main fact for which we are most respected around the world.”

Villas-Boas took over at Marseille in May 2019, succeeding Rudi Garcia, and made an immediate impact at the club in his curtailed debut season.