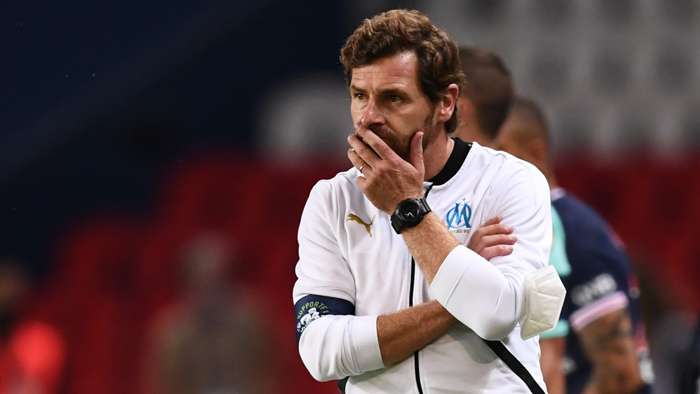 Andre Villas-Boas claimed that Paris Saint-Germain's Angel Di Maria spat on one of his players during a tumultuous end to their clash with Marseille that ended with Neymar alleging he was racially abused by an opponent.

PSG's talisman was one of five players to see red in stoppage time of a frantic Classique clash at Parce des Princes on Sunday, with Marseille coming out 1-0 victors.

Neymar, along with team-mates Leandro Parades andLayvin Kurzawa, was one of the players to receive his marching orders, with Marseille duo Jordan Amavi and Dario Benedetto also sent off.

Brazil superstarNeymar was sent off after referee Jerome Brisard consulted the pitchside monitor– with the replays showing the forward had punched Alvaro on the back of the head.

While storming off, Neymar seemed to suggest he had been racially abused by the centre-back, and the 28-year-old then used his Twitter account to post: "The only regret I have is for not being in the face of this asshole," seemingly in relation to the incident.

However, Villas-Boas does not think Alvaro – who earlier accused Angel Di Maria of spitting at him – would have committed such an offence, though he insistedif any abuse did occur then it was a serious problem.

"I don't know.I hope not, there is no place for racism in football," Villas-Boas said in an interview with Telefoot .

"It's a serious fault if it happened but I don't think so.Before that, we had a situation with a spit from Di Maria.

"These are things to avoid in the world of football.I hope it won't be a black spot in this historic performance."

Benedetto also had a goal disallowed,with a marginal offside call upheld by VAR despite the replays suggesting Thauvin had stayed onside in the build-up.

Despite the torrid finale, Villas-Boas was left to reflect on a hard-fought triumphwhich ended a 20-game winless streak against PSG.

"Yes it's an important and historicvictory,it's a tough and difficult victory as always," Villas-Boas said.

"It's a great victory. We improved little by little with a little more control.We were disciplined defensively.It shouldfinish 2-0,but I don't know why the referee didn't give the second goal.