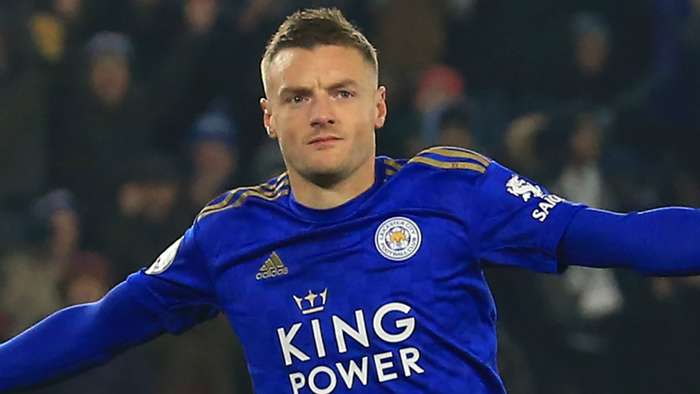 Jamie Vardy has won the 2019-20 Premier League Golden Boot after scoring 23 goals for Leicester this season.

However, there was disappointment for Brendan Rodgers and his Foxes side on the final day of the season, as they missed out on Champions League qualification following a 1-0 loss to Manchester United.

Click here for the full breakdown of the top scorers in the 2019-20 Premier League!

This season was the most prolific of Vardy’s Premier League career since the title-winning season of 2015-16, when he notched 24 goals but missed out on the Golden Boot to Harry Kane, who scored 25.

After two goalless appearances as Leicester drew their first two games of the season, Vardy opened his account for the campaign in a 2-1 win over Sheffield United in August, following it up with a double against Bournemouth.

Eleven of his goals came in a remarkable eight-game spell between October and December.

He scored in eight consecutive games, including a hat-trick in the 9-0 demolition of Southampton and a brace against Aston Villa, as the Foxes won eight in a row.

Ings' final total of 22 goals was the best he has recorded in his career, and only the second time he has reached double figures in the top flight.

Sterling's final tally of 20 is the best total of his career so far.

Salah, joint-winner of the Golden Boot last season with Aubameyang and Sadio Mane, finished the season with 19 goals - the lowest of his Liverpool career to date.

Vardy is the oldest player to win the Golden Boot since Teddy Sheringham, who also did so at the age of 33 for Tottenham in the 1992-93 season.

He is also only the second English player to do so this century, after Kane and Kevin Phillips.