Thomas Tuchel is impressedthe impacttwo 34-year-old strikers, Olivier Giroud and Edinson Cavani, are having this season on Chelsea and Manchester United respectively.That meetin...

Crystal Palace hoping to have Zaha back for Man Utd reunion as Ivor...

Crystal Palace are hoping that Wilfried Zaha will get the chance to face former club Manchester United next week, with Roy Hodgson revealing that the winger is back in training.... 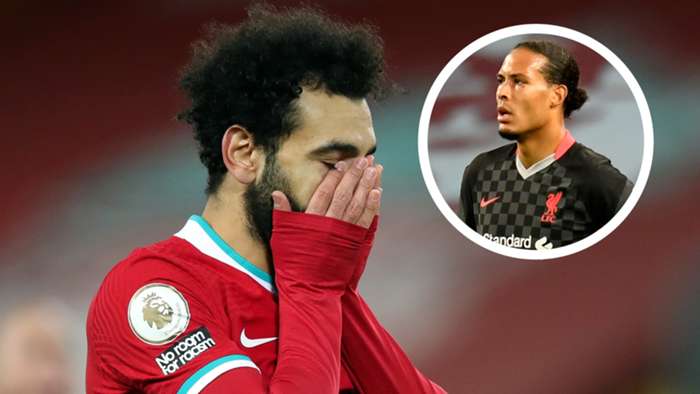 Virgil van Dijk and Alisson will be ahead of Mohamed Salah in any contract queue at Liverpool, says Jamie Carragher, while the Reds are said to be in need of another attacker, centre-half and midfielder.

Incomings have been mooted, but are yet to arrive, while exit talk has been sparked around key men such as Egyptian forward Salah and Dutch midfielder Georginio Wijnaldum.

Carragher believes others, including a commanding centre-half and reliable goalkeeper, will be handed fresh terms first if there are any to give out and feels there are at least three areas to address in current and future transfer windows.

The Reds legend has told The Telegraph: “The consequences of the pandemic, lockdown football without Anfield’s major weapon of a vibrant crowd, and the loss of key players for a prolonged period means there has to be a contingency plan to go alongside the more measured, long-term one.

“Nobody ever wants to panic buy, but sometimes circumstances demand flexibility. Otherwise - even though they will never admit it - it will seem like the club is prepared to tolerate some pain until normality returns next season.

“Liverpool are still only six points off the top at halfway, so Klopp does not need to rebuild his title-winning side. This summer he needs to re-energise it.

“Roberto Firmino has been a warrior for Liverpool for six years, but his struggles have been obvious for a while. Although Diogo Jota started well, Liverpool need another attacker before next season. Next year’s African Nations Cup will be a headache in 2021-22.

“The more Salah keeps mentioning a new contract with two-and-a-half years to go, the more I think he or those around him must be tone deaf. When the next significant deals are dished out, Alisson and Van Dijk must be first in the queue.

“The club appears to have decided Gini Wijnaldum does not merit a significant pay rise and a new contract, so a midfielder of similar profile and quality will be needed to replace him.”

Carragher is surprised that Klopp has not pushed harder for another defender in January, adding on the current injury issues on Merseyside: “I believe the club's response should have been activated on October 19, the day Virgil ban Dijk's cruciate knee operation was confirmed. Hindsight is unnecessary.

“I said then I did not think Liverpool could win the league unless they had a new centre-back in place on January 1. They needed one before Joe Gomez was injured. His and Joel Matip’s appearance record was informative of that.”

Liverpool are considered to be paying the price for not bolstering their ranks further, with Carragher claiming that a number of players seeing minutes at present are not good enough to be regulars.

“Divock Origi and Takami Minamino have opportunities but will never be regular starters.