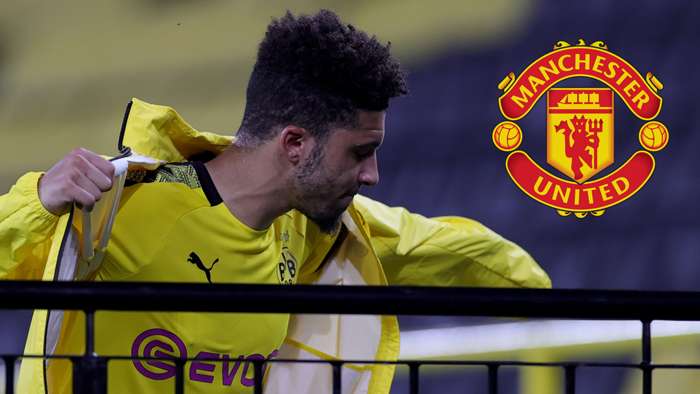 Borussia Dortmund's valuation of rumoured Manchester United target Jadon Sancho must be met 100 per cent if he is to be sold this summer, according to the club's sporting director Michael Zorc.

The 20-year-old has scored 58 goals in 143 appearances for BVB in all competitions, while also contributing a staggering 54 assists, establishing himself as one of the most deadly attacking players in Europe in the process.

The 2019-20 campaign has been arguably the England international'sbest yet at Westfalenstadion, and he is now being tipped to make the step up to an even bigger club in the summer transfer window.

Zorc has already admitted that Dortmund are preparing for Sancho's departure, with a return to the Premier League being mooted as a strong possibility.

United have identified Sancho as a priority transfer target, but the German outfitare reportedly set to demand a fee within the region of€120 million (£107m/$136m) for a prized asset when the market reopens.

Zorc says the winger won't be sold for a penny less than their asking price, and he is still holding out faint hope of the ex-City starletstaying put for another season.

The Dortmund chief told German publication Waz: "Jadon has a valid contract with us and we would be very happy if he is still with us next season.

A number of former United players have endorsed Sancho's potential arrival at Old Trafford, including Andy Cole, who enjoyed a hugely successful spell in Manchester between 1996 and 2001.

When asked to comment on the Dortmund attacker's futureduring an interview with MUTV earlier this month, the ex-Red Devils striker responded: "Would he give Manchester United something different? Of course he would.

"I’m not going to sit here and say, 'Oh no, he’s not good enough!'because of coursehe’s good enough.He’s got pace, he’s got the ability to go past players, score goals and create."