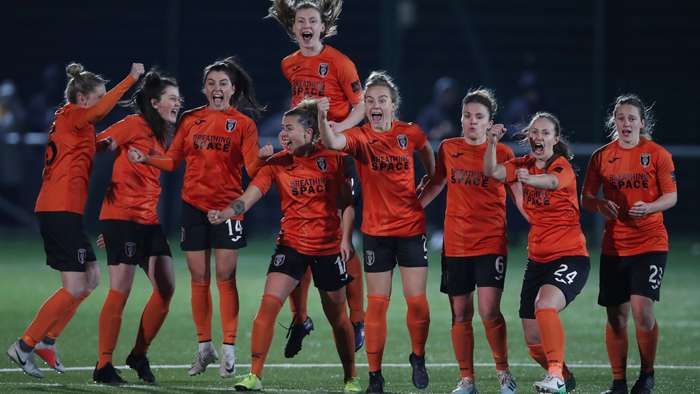 James Anderson will pay for the club’s travel and Covid-19 testing, enabling the Scottish side to compete in the latter stages of the European competition.

The women’s Champions League will take place over the course of 10 days in San Sebastian, Spain, in August but with UEFA instructing clubs to charter their own flights, there was a very real threat that costs would prove too much for Montgomery’s outfit until Anderson stepped in.

“He has been amazing,” Montgomery said. “Mr Anderson was aware of our financial implications on our club in getting back to train and to play in the Champions League, and I have been discussing these with him over the past week as he was keen to help us.

“The stark reality is if James hadn't come forward then I don't know how we could ever have played this game.

“He is now taking care of testing and our means to travel, because UEFA want teams to go on their own plane.

“It was the most amazing news when he told me he would cover that. He is an incredibly generous man.

“His generosity is unmatched in anything I have ever seen in Scottish women's football. We cannot say thank you enough.”

Montgomery revealed that after overcoming Chertanovo and Brondby, it would have been a bitter blow not to be able to continue their quest for glory.

“Our players were absolutely magnificent in defeating Brondby to, unbelievably, get to the quarter-finals and it would have been a tragedy for our game if we would have been unable to take our place,” she said.

“Thankfully, with the biggest act of kindness we have known in our 22 years as a club, this is something we now no longer need to worry about.”