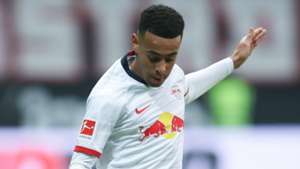 Tyler Adams has committed his long-term future to RB Leipzig, signing an extension with the Bundesliga club that runs through to 2025.

The United States international moved to Germany in January 2019 from New York Red Bulls, making 10 league appearances in the second half of the 2018-19 season.

A groin injury has restricted his availability in the current campaign, though the 21-year-old midfielder made his comeback in the 3-1 win over Augsburg on December 21.

"I'm delighted to have extended my contract with RB Leipzig until 2025 and to continue being a part of this fantastic, ambitious club," Adams told the club's official website.

"I've developed a lot both as a player and as a person during my time here. The philosophy and play style of the club really suits me and I love everything that the city has to offer.

"I would like to thank the club and my family for everything they have done to support me so far.

Leipzig were full of praise for the versatile player, equally comfortable at right back and in midfield.

Sporting director Markus Krosche said that Adams was a perfect fit for the club's ethos.

"Tyler is a very demanding and intelligent player, who has already shown how versatile he is and what a fantastic mentality he brings to the team," he said.

"We're delighted that we could secure his services until 2025, even more so because we know that he's not at the end of his development yet and certainly has the potential to become a key player for us.

"He suits us and our philosophy perfectly and we're looking forward to continuing a successful journey with him."

They have a 1-0 lead from their first leg match with Spurs in the Champions League round-of-16 tie, with the second leg at home on March 10.