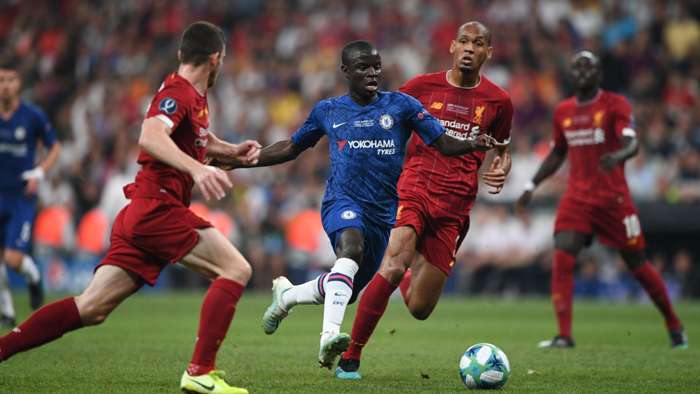 UEFA announced on Tuesday that the federation is considering using the Super Cup as a trial for allowing fans back into stadiums.

Europe's top leagues recently completed their domestic seasons without fans as well, although there have been friendlies in France with fans in attendance.

On Tuesday, UEFA hosted a videoconference featuring all 55 General Secretaries of its member associations with the key point of discussion being the potential gradual return of fans to UEFA matches.

With one eye on the 2020-21 season and another on the current status of the pandemic numbers, UEFA revealed on Tuesday that the federation could use September's Super Cup as a test run with a reduced number of spectators allowed to attend.

"Today’s participants underlined the need for strict hygiene and sanitary measures to be in place to guarantee the health of all those present at a game before allowing fans to return," the federation said in a statement.

"UEFA mentioned that it would be too early to already allow fans into the upcoming UEFA national team competitions matches to be played at the beginning of September and that test match(es) should take place to study precisely the impact of spectators on current medical protocols.

"UEFA suggested to use the UEFA Super Cup, which will be played on 24 September in Budapest, as a pilot match for which a reduced number of spectators could be allowed in."