UEFA Super Cup 2020: Teams, location & when will it take place

UEFA Super Cup 2020: Teams, location & when will it take place 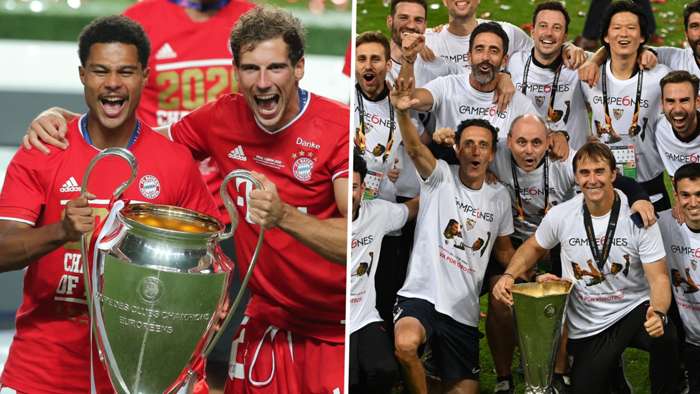 The UEFA Super Cup is an annual football matchcontested by the champions of the continent's two main club competitions - the Champions League and the Europa League.

Traditionally, the game serves as a curtain-raiser to celebrate the new European club season.

It is usually takes place in August ahead of a September restart for clubs, but this year thefinal was postponed due to delays and complications surroundingthe Covid-19 outbreak.

Dutch sports journalist Anton Witkamp came up with the concept in 1971 and it has gone through a number of changes since its inception.

Initially, the competition incorporated two matches - home and away legs - but it has been a single-game decider since 1998, with games taking place at neutral venues.

The 2020 edition of the UEFA Super Cup will be played on Thursday September 24.

This year, the game will be hosted atthePuskasArenainBudapest, Hungary, which holds a capacity of67,215. It will be the first time the venue has hosted the Super Cup.

The Super Cup was initially going to be held at thetheEstadio do DragaoinPorto, Portugal, on August 12.

But following the outbreak of the coronaviruspandemic thatcaused the postponements of the previous season's club finals, UEFA decided to awardthe rescheduledChampions League finalto Portugal, and postponed and relocated the Super Cup to Budapest.

In the United States (US) the Super Cup can be watched live on television throughCBS All Access. It can also be streamed live online using TUDN.com.

In the United Kingdom (UK), the game canbe watched live on TV on BT Sport 1and it can be streamed live online using the BT Sport app.

The ticket application portal for the game closed on September 9.

UEFA made 3,000 tickets available for the supporters of each team, with a reduced capacity of 30 per cent in the stadium.

The Super Cup will be used as a pilot to see fans return to venuesamid the coronavirus outbreak.

Safety precautions between stadium-goers will be applied throughout the game, withticket holders from overseas obligate to present proof of a negativeCovid-19 testperformed within three days of entry, and must depart the country within 72 hours after their entry.

Additionally, masks are required at all times as is a 1.5m distance from other attendees.

Liverpool are current holders of the Super Cup after beating Premier League rivals Chelsea in last season's final through a penalty shootout.

Regular time ended with a score of 2-2, with the Reds defeating the west Londoners 5-4 on penalties.