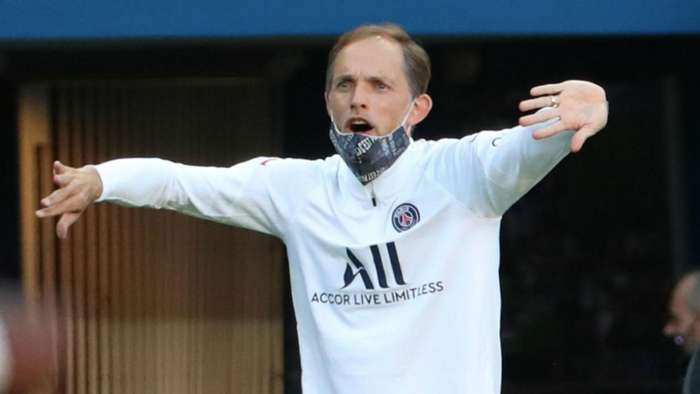 An irate Thomas Tuchel insisted he is not concerned by Paris Saint-Germain's lack of goals after they completeda domestic clean sweep of trophies on Friday.

The showpiece at the Stade de France was not befitting the last ever Coupe de la Ligue final as neither team could find a goal across 120 minutes, with PSG clearly missing the brilliance of injured forward Kylian Mbappe.

Since their season resumed, PSG - who found the net 75 times in 27 Ligue 1 games in 2019-20 - have only scored twice across 210 minutes when Neymar netted the winner in the Coupe de France final last week.

Yet when such a statistic was put to Tuchel, he reacted angrily.

"So, what's the big deal," he said to reporters.

"Yes, we're still lucky.You can write it down.It's the only thing, we're lucky.That's the way it is, no quality, only luck.

"Do you know the result of Liverpool against Barcelona in Barcelona when Liverpool lost 3-0 in 2019?How they played and then they won the Champions League.Give me a team that scores fouror fivegoals in every match...it's not possible.

"But you are always looking for something negative -99 positive points but no, we'll look for the 100th one which will be negative. We're going to look for problems.

"There's no problem, we won. I'm not going to apologisefor this goal story. Since how many games havewe had?No need to find excuses for that."

Tuchel said he is proud of his squad after their latest successful campaign, adding: "They are reliable guys who play, enjoy working and suffering together.

"That makes me very happy.I am proud and happy.

"We did not lose the concentration, the hunger to win, the confidence, we won on penalties and that counts," he said.

"We won these four titles, there is a good atmosphere in the locker room.And I'm very happy because everyone thinks it's okay to win, but it's not that easy.

"Winning four titles is the merit of this team and I am happy."

PSG's campaign is not over yet as they have a Champions League quarter-final against Atalanta to look forward to in Lisbon on August 12.