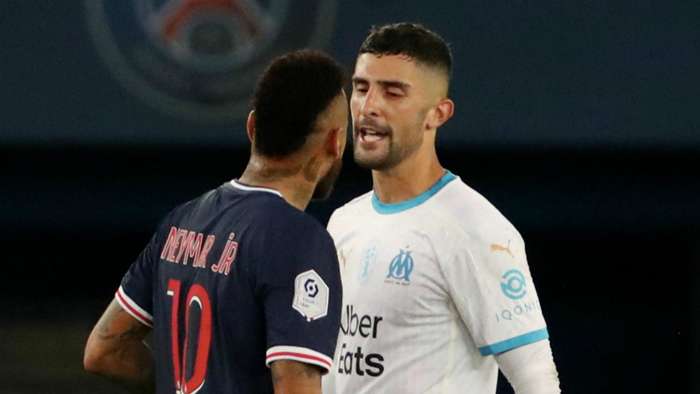 Paris Saint-Germain coach Thomas Tuchel stressed there is no place for racism in football but said he did not hear any comment aimed at Neymar, who accused Marseille defender Alvaro of abusing him.

Brazil superstar Neymar was one of five players sent off amid an ugly fracas at the end of Sunday's Classique, which Marseille won 1-0 at the Parc des Princes thanks to Florian Thauvin's goal.Leandro Paredes, Layvin Kurzawa, Jordan Amavi and Dario Benedetto were also sent off in additional time.

A VAR check showed Neymar striking Alvaro on the back of the head and he later posted on Twitter to say his only regret was not hitting his opponent in the face after alleging he was subjected to a racial slur.

Alvaro denied the claims with his own post on social media. "There is no place for racism," he wrote. "Clean race and with many colleagues and friends on a daily basis. Sometimes you have to learn to lose and take it on the field.Incredible three points today."

Tuchel was asked about the incident at hispost-match news conference.

"What I heard? He Neymar told me that it was some racist insult, but I did not hear anything on the pitch," Tuchel said.

When made aware of Neymar's social media post, Tuchel replied: "I think that everyone has the same opinion that racism in all the society, in sports or in our lives can't exist. It's obvious, but I did not hear that today, neither did the referee so I can't answer this question."

Marseille boss Andre Villas-Boas earlier said he too was unaware of the incident, while also speaking about Alvaro's claim he was spat at by PSG's AngelDiMaria.

"I don't know. I hope not, there is no place for racism in football," Villas-Boas said in an interview withTelefoot. "It's a serious fault if it happened but I don't think so. Before that, we had a situation with a spit from Di Maria.

"These are things to avoid in the world of football. I hope it won't be a black spot in this historic performance."