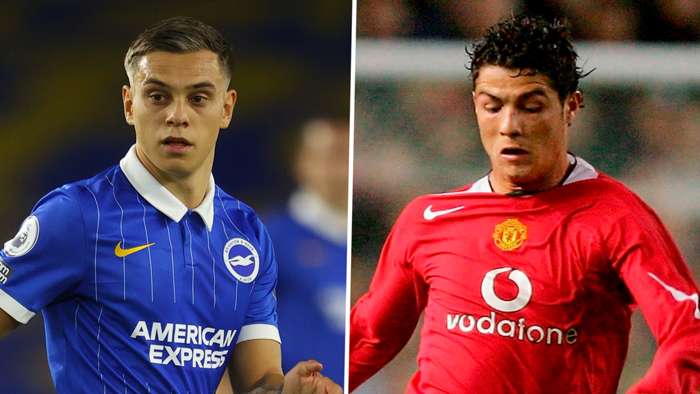 Manchester United rode their luck to beat Brighton after Leandro Trossard hit the woodwork three times to equal Cristiano Ronaldo's mark from back in 2006.

Brighton took the lead via a Neal Maupay penalty, only to be pegged back when Lewis Dunk scored an own goal just before half-time.

A brilliant solo effort from Marcus Rashford put United 2-1 up early in the second period, and looked like being the winning goal until March bundled the ball in at the back post with 95 minutes on the clock.

The Seagulls thought they'd held on for avaluable point as Chris Kavanagh blew the final whistle following a Red Devils corner, but play was brought back after VAR picked up thatMaupay had blocked a Harry Maguire header with his hand.

Fernandes stepped up to cooly convert and give the visitors all three points, leaving Graham Potter's side lamenting a number of missed chances which could have easily altered the final outcome.

Brighton dominated the contest for large periods, and could even have won by a clear margin had the woodwork not come to the Red Devils rescue on a total of fiveoccasions.

Three of those efforts came from Trossard, who has become the first man to hit the upright three times in a single match since Cristiano Ronaldo for United against Newcastle in 2006.