'Trent, Neco and Curtis can do my job for me' - Liverpool U18s coach Bridge-Wilkinson excited to work with next generation

'Trent, Neco and Curtis can do my job for me' - Liverpool U18s coach Bridge-Wilkinson excited to work with next generation 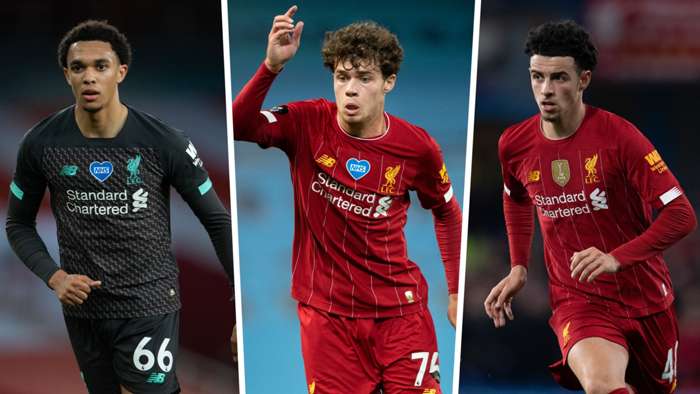 Marc Bridge-Wilkinson has waited a long time for this.

“Too long!” laughs Liverpool’s new under-18s coach, as he looks ahead to the first game of the new season.

Some game, too. To start the campaign, the Reds travel to face fierce rivals Manchester United at Carrington. A baptism of fire for Bridge-Wilkinson, who has stepped up from the U16s following Barry Lewtas’ promotion to U23s manager over the summer.

“It’s perfect,” the 41-year-old tellsGoal. “It’s great for everyone, really. It’s a big game, first game of the season, a big challenge and a good test to see where we are at.

“We are all looking forward to it. We have been waiting to get on with the football, and we intend to enjoy it! These boys have missed three or four months of their development, so they are eager to get back out and do what they love.

“It’s the same for the coaches, to be honest. It was early March the last time I had a competitive game, so it’s just been great to have these games, to be outside in the fresh air and to enjoy doing what we love doing.”

This will be Bridge-Wilkinson’s fifth year at Liverpool. He joined the club in 2015, initially as U14s coach, and has progressed steadily since.

For him, the new role was one he was never going to turn down. Liverpool have been blessed with some very successful U18s coaches in recent years – Steve Cooper, Mike Marsh and Neil Critchley have all gone on to work in the Football League, while Anfield legend Steven Gerrard held the position for a season.

Bridge-Wilkinson, who enjoyed a stellar playing career of his own with the likes of Derby, Port Vale, Bradford and Carlisle, will look to continue the work of Lewtas, whose two seasons in the job brought an FA Youth Cup win as well as numerous success stories in terms of individual player development.

“It’s an opportunity to step up,” he says, “and it’s something I’m grateful for.

“I’ve always wanted to coach kids. Even when I was a young lad myself, playing, it was part of my plan. I started a sports science degree at Manchester Metropolitan when I was 21, and did my coaching badges when I was 26. I knew it was something I wanted to do after I finished playing.

“I was in no rush, but when you get offered the chance at a club like Liverpool, with all its tradition and history, there’s no two ways about it, you don’t ever turn them down. It’s the same with this job, you don’t say no to it. Now I’m ready to give it my best.”

He arrives with the benefit of having worked with the majority of his players already, at U14, 15 or 16 level. He knows the skills and the temperament of the free-scoring Layton Stewart, for example, or how to coax the best from the supremely-gifted midfielder James Balagizi.

“And they know me, too,” he points out. “I’d like to think that will stand me in good stead. They know my expectations, the standards I set, and I know what they are capable of, so it works both ways.”

He is enthused about the group, which has enjoyed a strong pre-season campaign. Stewart, the top scorer last season, is looking sharp after overcoming an ankle injury, while Balagizi will be complemented by the Wirral-born Tyler Morton and Luca Stephenson, a deep-lying workhorse from Wearside in the Jordan Henderson mouldin a strong-looking midfield.

Bridge-Wilkinson is enthused by his summer arrivals, too. Melkamu Frauendorf, an Ethiopia-born German youth international winger signed from Hoffenheim, has made a positive impression already, while Poland U17 attacking midfielder Mateusz Musialowski looks one to watch in the coming months and years, boasting balance, dribbling ability and wonderful technique.

Others have been around longer. Left-back Luke Chambers, whose game bears more than a passing resemblance to Andy Robertson, has been at the club since U9 level, while centre-back Lee Jonas, the nephew of British boxing star Natasha, moved from Everton at 11.

Jonas, along with Warrington-born Jarell Quansah, the Wirral’s Sean Wilson and Northern Ireland youth international Conor Bradley, should form a solid defensive unit, while ahead of them, the talent pool looks vast.

“There is real potential there, and as a coach we are really excited about the season, and hopeful that we can do really well.”

Last season saw several of Lewtas’ group make the jump not only to U23 level – Stewart has already played Premier League 2, as has left-back James Norris, currently sidelined through injury – but to the first-teamtoo. Norris, Stewart and Formby-born midfielder Tom Hill were all part of the squad for the Carabao Cup quarter-final against Aston Villa last December.

And with the likes of Neco Williams and Curtis Jones, both 19, joining Trent Alexander-Arnold, the jewel in the Academy’s crown, in the Reds’ senior setup, it is not difficult for promising youngsters to see what can be achieved at the club, if they apply themselves correctly.

“Sometimes, they do our job for us,” says Bridge-Wilkinson. “When boys see these lads who are one or two years older, and they see what they are doing with the first team and the opportunities they are being given, that tells them there’s a pathway.

“I’d like to think the boys are smart and open enough to realise that this is a genuine thing at this club. The likes of Curtis, Trent, Neco, they do inspire the boys, probably more than we can at times, because they are achieving what these boys want to.

“Billy Koumetio is another example this summer. He did pre-season with us and suddenly he’s off on tour with the first team.

“We know him very well. There are areas of his game he needs to improve, but what a great place to do it. He’s training with players who will help him every day, he’s with first-team staff who we know will look after him and help him improve, and he’s watching one of the best centre-backs, if not THE best centre-back, in the world in Virgil van Dijk. It’s a fantastic learning environment for him.