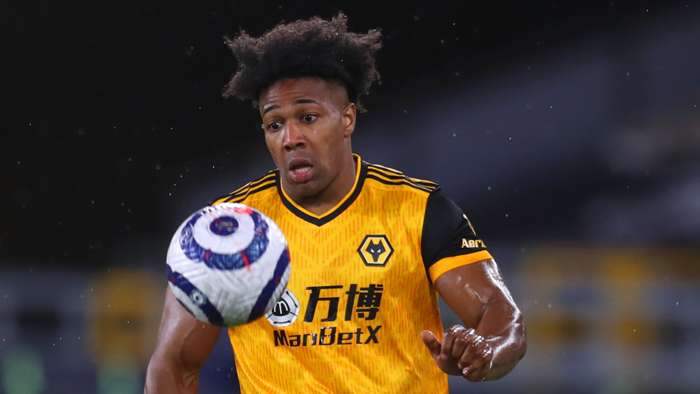 Adama Traore is "100 per cent" suited to Liverpool and would fit in perfectly at Anfield, according to Emile Heskey.

Traore has been linked with Liverpool on a consistent basis over the last couple of years, having proven himself as one of the most dangerous wingers outside of the Premier Leagues top-six at Molineux.

The 25-year-old has saved some of his best displays for meetings with the Reds, including Wolves 1-0 defeat against the champions on Monday, leaving Heskey convinced that he wouldbe a valuable addition to Jurgen Klopps ranks.

"I think he suits a lot of teams but 100% Liverpool,"the former Reds strikertold Rousing The Kop. "If you look at last season the way Liverpool played a lot of the goals they scored, a lot of them were fast counter attacks.

"He definitely comes into that bracket, again there’s no reason why you can’t have competition in several positions."

Klopp reserved special praise for Traore after Liverpools 4-0 win against Wolves in December, having long been an admirer of the Spanish winger.

"[Traore] is unplayable in moments, its unbelievable. What a player - its not only him but hes so good," said the German manager.

After seeing Traore cause his side problems yet again at the start of the week, Klopp highlighted him as the biggest threat in the Wanderers squad once more.

"The speed of Traore is actually undefendable," he said.

Liverpool already have a plethora of attacking options at their disposal, with Mohamed Salah, Sadio Mane and Roberto Firmino still making up Klopps first-choice front three when everybody is fit.

However, Diogo Jota has managed to force his way into the team since joining the club from Wolves last summer, and might have already nailed down a regular spot were it not for a serious injury that kept him sidelined over the Christmas period.

Traore could follow in his former team-mates footsteps, especially given the fact he is capable of operating on both flanks and also has some experience of playing as a central striker.

For all his dribbling skills and raw pace in and out possession, criticism is still levelled at Traore on a regular basis due to his modest numbers of goals and assists.

The Wolves talisman has featured in over 120 games for the club since signing from Middlesbrough in 2018, but has only scored nine times while setting up a further 16 for his team-mates.