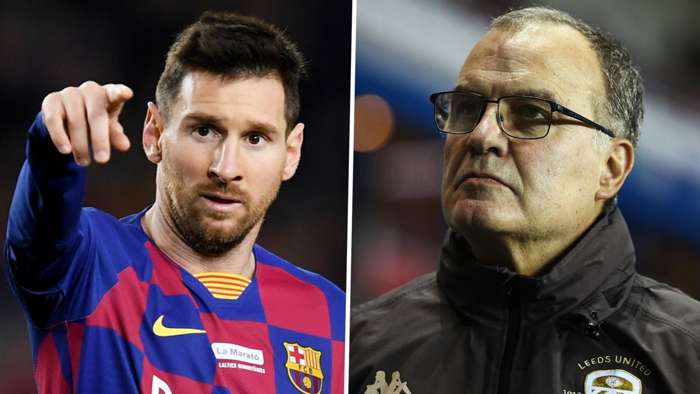 DominikSzoboszlai has attracted a wealth of clubs with his exploits at Red Bull Salzburg.

The 19-year-old midfielder has scored an incredible seven goals in his last eight league matches to draw interest from Chelsea, Paris Saint-Germain and Atletico Madrid.

Napoli and AC Milan are considering making summer bids for him, according toCalciomercato,and the €25 million asking price is considered a bargain.

James Maddison has agreed to sign a new contract with Leicester City,The Sunreports.

The midfielder has been targeted by Manchester United, but the Foxes have offered to double his wages to convince him to remain at the King Power Stadium for the next five years.

Marcelo Bielsa is the man Lionel Messi wants to take over at Barcelona this summer, according toThe Sun.

The 65-year-old has just guided Leeds back to the Premier League after winning the Championship title, but his contract expires this month.

And Messi would rather Barca get rid of under-fire coach Quique Setien and lure his compatriot to Camp Nou.

Inter will turn their attention to Junior Firpo if they fail to sign Emerson Palmieri from Chelsea, Mundo Deportivoclaims.

The Serie A side have been linked with a move for the full-back, but the Blues are demanding €30 million for him and Juventus are said to want him, too.

If he proves too expensive for the San Siro outfit, they will try to bring in 23-year-old Firpo.

Marseille have joined the race to sign Kenny Lala from Strasbourg, Le 10 Sportreports.

The 28-year-old right-back wants to leave the Ligue 1 side this summer and has already attracted interest from Augsburg, but Marseille are considering making a move for him.