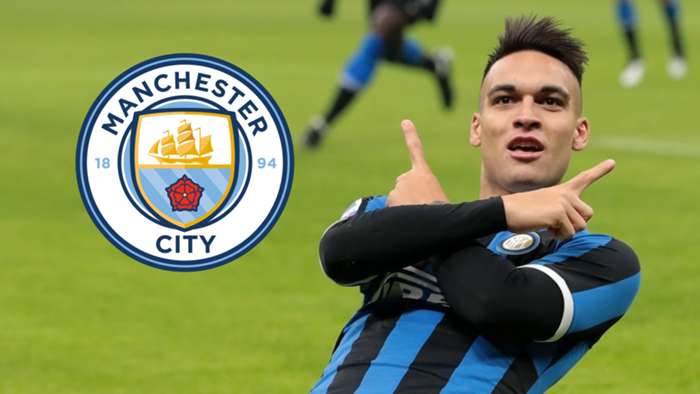 Could another Argentine soon be leading the line for City?

While long linked with a move to Barcelona, the Argentina attacker remains in Milan with City reportedly in a better financial position to strike a deal.

Lautaro has a release clause of£98.5 miliion (€108m/$124m) with Barcelona recently admitting they'll likely hold off making a move.

Newcastle, Everton, Atletico Madrid and Bayern Munich are all considering making a move for Crystal Palace star Wilfried Zaha, according to the Daily Mail.

Palace demanded£80 million(€88m/$100m) for the attacker last summer and it's unclear how much they'll be demanding when the next transfer window opens.

While Everton have been admirers of Zaha for some time, Newcastle's recent interest is dependent on their yet to be approved takeover.

"A big concern, you need quality, quality players and a big squad to compete in these competitions. It is a challenge," he said after seeing his side beat Liverpool 2-1 on Wednesday.

Jose Mourinho appeared to take aim at Pep Guardiola andManchester Cityover their Financial Fair Play (FFP) dispute as he bristled at a question regarding hisTottenhamteam selection.

But even after victory –Mourinho's first in the Premier League at St James' Park –the head coach's focus did not seem to stray far from the result of City's appeal this week.