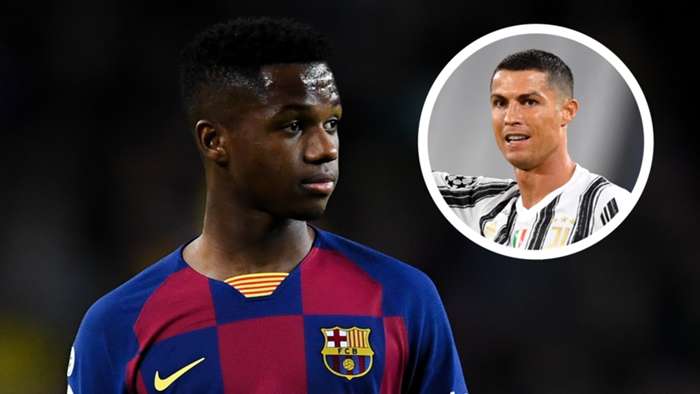 Southampton have emerged as favourites to sign Watford striker Danny Welbeck, according to The Sun.

Welbeck is eager for amoveafter the Hornets' relegation and is expected to cost around£5.5 million ($7m) with a release clause in his contract.

The rising star has made a bold switch in representation

Fati's previous agent was Rodrigo Messi - the brother of Lionel - with no reason given for the change in agents.

Watford attackerGerard Deulofeu has confirmed he will be leaving the club this summer with a return to La Liga on the cards.

"My time at Watford will end this summer," he told CAT Radio."I still don't know where I will go. The Spanish league is an option."

Watford were relegated to the Championship this season.

Bournemouth winger David Brooks has been of long-term interest to Manchester United with the club considering making a move this summer, reports the Manchester Evening News.

The 23-year-old is expected to cost around£40 million ($52m) with any move potentially relying on whether the Red Devils are able to sign Borussia Dortmund star Jadon Sancho.

David Silva has saidReal Sociedad's style of play and family considerations led him to select the Basque side as his next destination instead ofLazio.

After10 hugely successful years atManchester City, Silva leftEnglandas a free agent with plenty of clubs around the world showing interest.

Lazio appeared to be in pole position to land the 34-year-old but in an unexpected move,Silva signed withSociedadon a two-year contract on Monday.