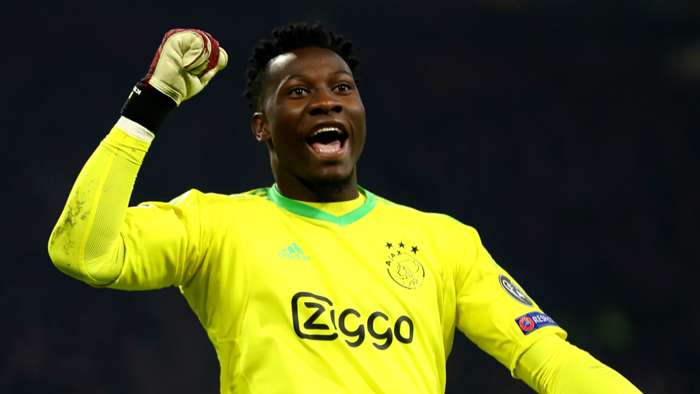 Saudi officials are increasingly confident a proposed takeover of Newcastle will be approved and that they'll look to sign La Liga's best players "led by Messi".

Grealish scored in a 1-1 draw with West Ham on Sunday that ensured Villa just avoided relegation with Grealish's future at Villa the subject of ongoing speculation.

Smith is however adamant any transfer won't be easy to negotiate.

“He is contracted for around three or four years. We have billionaire owners and if people want him he’s going to cost an awful lot of money," Smith was quoted by the Mirror.

The Cameroon international looks set for an off-season move

The Blues can now also offer Champions League football next season after securing fourth place in the Premier League.

Leverkusen, meanwhile, will be hoping Onana will want to reunite with their manager Peter Bosz, who he played under at Ajax.

Schalke have refused to comment on speculation linkingLiverpool with a move for their Turkish defender Ozan Kabak.

According to WP, Schalke have issued a 'no comment' on the reports, suggesting the Reds could indeed be circling.

Kabak, 20, has been a regular in the Bundesliga this season after moving to the club from Stuttgart in 2019.

Crystal Palacemanager Roy Hodgson admits he has given up on trying to convince Wilfried Zaha to stay at the club after seeing the striker's form nosedive at the end of the season.

Zaha, 27, has been repeatedly linked to a move away from Selhurst Park overthe past few years.

Both Arsenal andEvertonwere reportedly interested in signing him last summer, but no move materialised and Zaha stayed on to register a disappointing term with Palace.