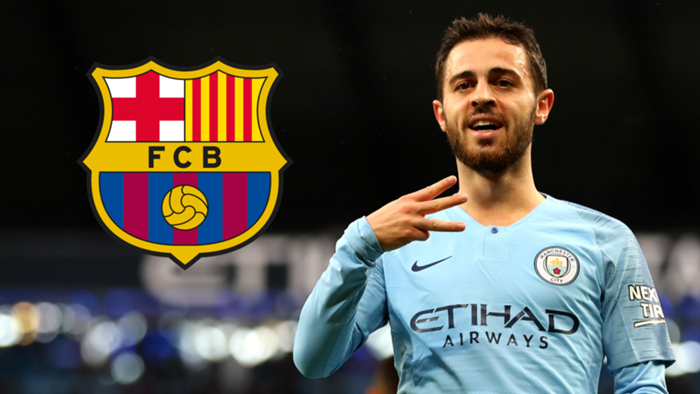 Villarreal are closing in on deals forDani Parejo and Francis Coquelin with the Valencia pair set to swap clubs in La Liga, per AS.

The duo were told earlier this year that they would be free to leave during the off-season and look set to be snapped up by the Yellow Submarine.

Parejo has been with Valencia since 2011 while his teammate joined from Arsenal in 2018.

Barcelona will hope to tempt Bernardo Silva to La Liga and may offer Manchester City a cash-plus-player deal in response, says The Telegraph.

The Blaugrana are coverting the Portugal international's services and hope to bring him to Camp Nou.

Convincing City to part with their prized player however is a potential tall order, with Barca planning to useNelson Semedo as part of a prospective bargain.

Fulham are expected to seal a loan move for Chelsea's Ethan Ampadu, per The Athletic's Michael Bailey.

Norwich City had been interested in a move for the Blues player as a flexible option.

However, he now looks set to make the short move across London instead to join the Cottagers following their return to the top-flight.

LA Galaxy boss Guillermo Barros Schelotto is among the contenders to take charge of Ecuador, per Pulso Sports.

The Argentine, who took charge of the MLS outfit last year after coaching Boca Juniors, is reportedly in the frame to succeedJordi Cruyff at the helm of theTricolor.

Cruyff resigned last month having not taken charge of a single game, following changes in leadership among the nation's governing body.

Olimpia striker Junior Lacayo is considering a move to the MLS with an as-yet unknown team, per the league's own website.

The Honduran has seen his minutes limited and holds a green card, prompting him to consider a prospective loan move north.

The 24-year-old previously had a trial with West Ham United in 2013 but has otherwise spent his whole career in Honduras and Mexico.