Tottenham must be tempted to cash in on Man Utd-linked Kane, says Vega

Tottenham must be tempted to cash in on Man Utd-linked Kane, says Vega 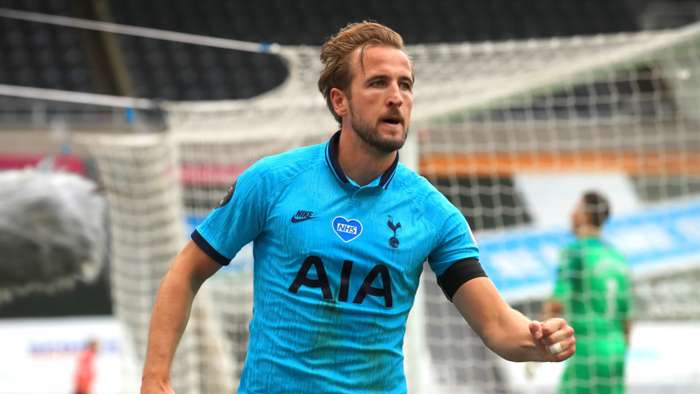 Footballer turned financier Ramon Vega thinks Tottenhammust be tempted to cash in on Harry Kane and believes the England captain could hand in a transfer request if the club cannot match his ambition.

Tottenham boss Jose Mourinho has been assured by chairman Daniel Levy that he will not have to sell skipper Kane or any other stars this summer.

That is despite the London club taking out a £175 million ($229m) loan from the Bank of England amid the coronavirus pandemic, which led to concerts and sporting events at their £1 billion stadium being cancelled.

Spurs also have huge loan repayments to fork out for the Tottenham Hotspur Stadium and missed out on the windfall that Champions League qualification brings.

Manchester United have long since been linked with a move for prolific striker Kane and Vega – who has forged a successful career in asset management since hanging up his boots - believes Levy must be giving some thought to brokering a deal for his prized asset.

The former Spurs defender told Stats Perform News: "Temptation is always there. When a guy is in demand and someone is prepared to pay that top dollar, then to be frank, it's business.

"Then with that kind of money you might have three or four players you can buy. I think Harry Kane would command top dollars and with that money you can bring in maybe a few top players.

"It's also a question of does Harry Kane want to go or not? From my point of view, he's a Spurs boy, he came through the ranks.

"But at the same time he wants to win some trophies, you don't want to go for 20 years playing for Spurs and not winning anything. You come to a stage where you think 'I need to go and win some trophies and I can always come back afterwards'.

"A lack of Champions League football will also undoubtedly be a factor for Kane. I think this will be one of the crucial parts of next season; if he sees the club are not challenging for the title or even top four, he might think he'll have to leave, possibly halfway through the season if he thinks they are not going anywhere.”

Shrewd former Switzerland centre-backVega knows Spurs cannot be reckless in the transfer market, but warned there is a danger they will "decline further"if they do not invest in additional signings- with £30 million ($39m) Pierre-Emile Hojbjerg and free agent Joe Hart the only new arrivals in north London so far this summer.

He added: "Next season I think is a very crucial season for Mourinho.

"If Spurs want to play with the big boys, they need to start investing or acting like big boys.

"Saying that, in their defence, the club has been managed well financially in the past and cautiously. That shows you can be close to a successful club but also managing finances well, they got to the Champions League final last year and have not really invested much in the last few years.