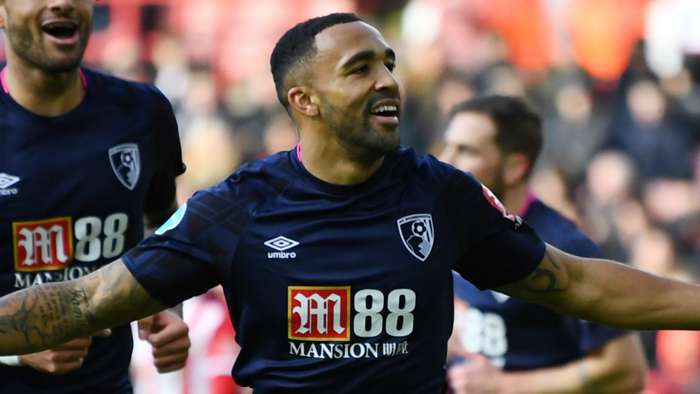 Darren Bent has backed Tottenham to bring in Bournemouth forward Callum Wilson as an "'adequate backup" for Harry Kane.

Wilson has spent the last six years of his career on Bournemouth's books, having joined the club from Coventry City in 2014.

The 28-year-old has racked up 126 Premier League appearances for the Cherries during that period, scoring a respectable 41 goals in the process.

However, he was only able to find the net on eight occasions last season, as Bournemouth's five-year stay in the top-flight came to an end.

A number of key players are expected to leave Vitality Stadium this summer, with Wilson among those being tipped to remain in the Premier League.

Jose Mourinho has reportedly expressed his interest in signing the English frontman, as he looks to build a squad capable of returning to the Champions League in 2020-21.

Pierre-Emile Hojbjerg has already been snapped up from Southampton, and Joe Hart has arrived at the Tottenham Hotspur Stadium on a free transfer, but no new attacking players have been added to Mourinho's ranks as of yet.

Spurs have been heavily reliant on the talents of Kane in the final third over the past six years, with his injury-enforced absence leading to a shocking dip in form for the team before the coronavirus-enforced break came into effect last season.

Bent believes Wilson is the ideal man to come in andprovide cover for a prized performer, and can even see him challenging for a regular spot in Mourinho's starting XI.

“They need someone who’s an adequate backup to Harry Kane and Callum Wilson’s smart enough to understand to know he’s not going to go down there and play straight away," the ex-Tottenham striker told Football Insider.

“If Harry Kane’s fit, Harry Kane plays, but we’ve seen Harry Kane get injured every single season for the last couple of years and they’ve never really had anyone come in and be an adequate backup.

“You’ve had people kind of carry the load, Son stepped up a bit and scored goals but I think if you’ve got another genuine number nine who can come in and score goals, you never know, if Harry Kane gets injured and Wilson goes and starts smashing the goals in, we’ve got a fight on our hands.