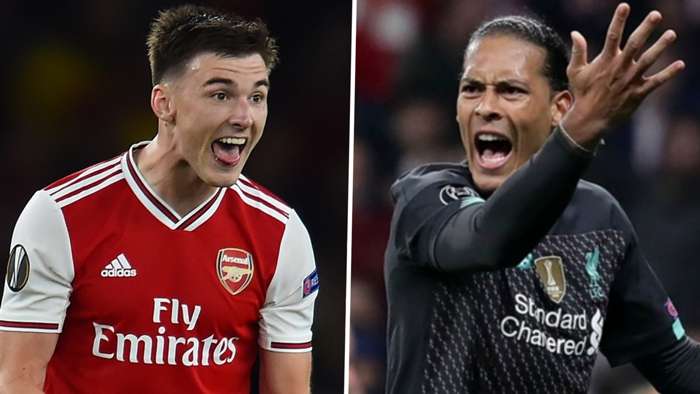 Kieran Tierney is “just like” Virgil van Dijk, according to former Celtic and Scotland manager Gordon Strachan, with the Arsenal defender considered to boast a “lunatic mentality” and the ability to “smell danger”.

A move to the Premier League had been mooted for some time, with Tierney having caught the eye across five seasons as a senior performer at his boyhood club.

He is now treading a familiar path when it comes to ex-Celtic stars illuminating an English stage, with Liverpool centre-half Van Dijk among the more prominent to have made that transition with ease in recent times.

Strachan believes Tierney will scale similar heights, with his “first-class” attitude and undoubted ability set to carry him to the very top of the game.

“He has what I call that lunatic mentality, and I mean that in a good way,” Strachan told the Daily Mail .

“He was like Scott Brown at Celtic. It gets cold in Glasgow you know but those two would walk around with just their T-shirts on.

“Kieran has a first-class approach. He listens and takes in information and, crucially, he listens to what you are telling other players too so that he understands their roles also.

“He is bright and he smells danger, just like Virgil van Dijk does at Liverpool. He isn't in that class yet but there are similarities.

“And he backs himself. He is brave like that.

“Many full backs or central defenders won't push out on to a winger, for example. They are happy to let them cross. At least they can't get beaten or embarrassed that way.

“Kieran won't do that. He will get out there and say, ‘If you are going to cross this, you will have to get by me first’.”

Strachan handed Tierney his international debut back in 2017, with his versatility put to good use after finding himself in direct competition with Andy Robertson – who is now another Premier League title winner at Liverpool – for a more natural left-back berth.

Strachan added: “He has the type of mind that allows him to think that whatever he tries will come off. He has complete faith in himself and it's totally justified.

“I played him at three positions for Scotland - left back, left of three centre-backs and also right-back.

“My two best players were left backs — Kieran and Andy Robertson — so I shifted Kieran across. He never complained. He just got on with it. That's how good he is and that's how good his attitude is.”