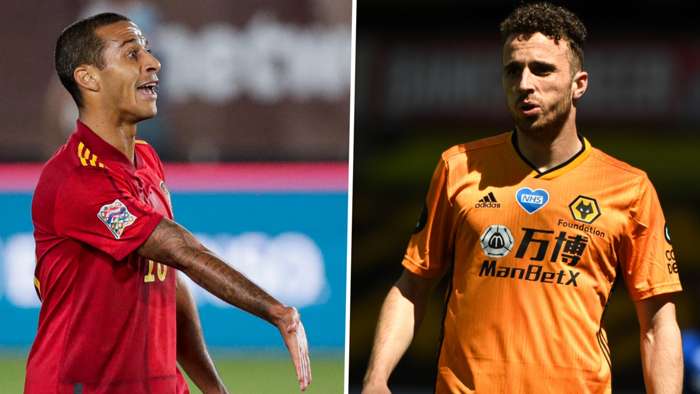 Pep Lijnders has hailed the arrival of Thiago Alcantara and Diogo Jota at Liverpool, tipping the newboys to have a big impact at Anfield in the coming months and years.

Thiago was able to make his debut in the 2-0 win at Chelsea on Sunday, while Jota could be used for the first time in Thursday’s Carabao Cup tie away at League One outfit Lincoln.

And Lijnders, who stepped in for manager Jurgen Klopp at the pre-match press conference for that game, believes the pair will become firm favourites at the club.

He said: “First, let’s talk about Thiago. Good teams need good players. We’re really happy he is with us.

“This team, especially, deserves a player like him. He will make sure that we keep evolving. Teams adapt, teams try to destroy our plans, and it’s most important that we stay unpredictable. Unpredictability means that from each position, we can play the last pass and speed up the game as much as we can. Thiago does that for us.

“He’s a great signing. We didn’t buy a problem, we bought a solution!”

On Jota, Lijnders was equally effusive.

“What can I say? His technical level is on the same as our front three. He has so much future in the game and he will have a great pathway inside our club. He’s like a pressing monster, so he will fit in straight away!

“In Portugal, they all say what a great signing Liverpool made, because they know exactly how he is and what kind of potential he still has.

“Like I said, he’s a pressing monster, he will fit into our style, but at the same time his technical level is the same as our front three. We are happy with him, and all the things we heard are true. He is a very professional, passionate, dedicated,brave player."

Lijnders also refused to discuss the future of striker Rhian Brewster, who has been strongly linked with a move to either Crystal Palace or Sheffield United before the transfer window closes next month.