'They made us understand what we need' - Barcelona defeat did Juventus good, insists Pirlo

'They made us understand what we need' - Barcelona defeat did Juventus good, insists Pirlo 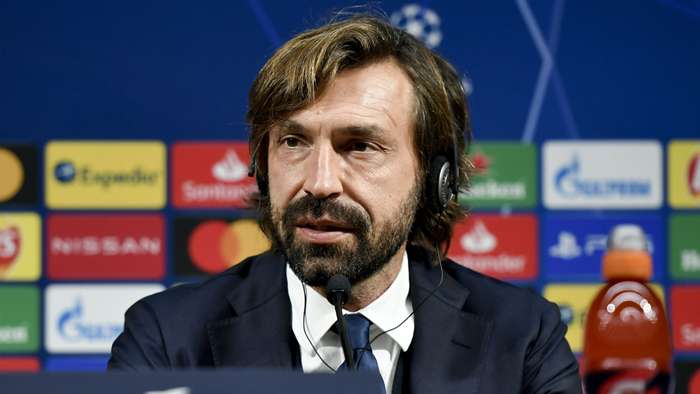 Juventus' Champions League defeat to Barcelona helped them understand where they need to improve, saysAndrea Pirlo, who believes playing the Blaugrana early in the competition was a positive for his side.

Pirlo's men did not have a shot on target, although Alvaro Moratasaw three goalsruled out for offside, and the legendary former Juve and Italy midfielder feels the game served as a valuable learning experience for his team.

Asked about the meeting with Ronald Koeman's side, Pirlosaid: "Theymade us understand that we need to improve, that to play certain types of matches we need to have more determination and organisation.

"We knew we were meeting a great team and maybe meeting them so soon did us good.We will work to improve and play a great match when we go to them."

In Ferencvaros, Juve are facing a side who have conceded seven goals in two games, the most of any side in the competition, and will have Cristiano Ronaldo in the squad after he missed out on the Barca clash due to his COVID-19 diagnosis.

However, Pirlo is keen not to underestimate the Hungarian side, with Juve having last lost back-to-back Champions League group-stage games in 2014.

He added: "We have studied Ferencvaros. They are a quality team and they have had two good games in the Champions League in which they deserved more. They have a good game plan and excellent attacking players."

There will be fans in the stands in Budapest, a scenario largelyalien to players during the coronavirus pandemic. However, Juve prevailed with spectators present in their opening Group G game with Dynamo Kiev, and Pirlo expects having a crowd to benefit his players.

He said: "Having fans here tomorrow will also be a positive factor for us, because it helps us to raise our focus."