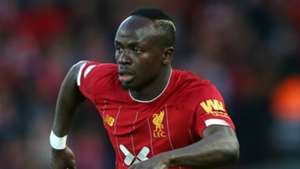 Sadio Mane has challenged Liverpool to prove their title-winning credentials after suffering back-to-back defeats for the first time this season.

The Reds' 44-game unbeaten run in the Premier League was brought to an abrupt halt at Vicarage Road on Saturday as Watford earned a stunning 3-0 victory over Jurgen Klopp's men.

The result is unlikely to prevent Liverpool from sealing a first league crown in 30 years given the fact they remain 22 points clear at the top of the table, but it served as further evidence of a collective drop in standards at Anfield since the winter break.

A 2-0 loss against Chelsea in the fifth round of the FA Cup has heaped yet more pressure on Liverpool, with their chances of emulating Manchester United's treble-winning 1998-99 side now up in smoke.

Goals from Willian and Ross Barkley earned the Blues a place in the quarter-finals of the competition, with Mane insisting that a swift response will be needed if Liverpool are to get back on the path towards greatness.

Klopp's side will be back in Premier League action at home to Bournemouth this weekend, before preparations begin for a huge Champions League showdown against Atletico Madrid on March 11.

"The best team won today," the Reds winger told talkSPORT after the final whistle at Stamford Bridge. "In the first half we played well and created many chances but we just didn't score, and Chelsea had a few chances and scored two goals, so game over.

"We created enough chances to win, but we need to be more clinical in front of the goal and that was not the case. But that's a part of football.

"I think in this moment you could be or could not be a champion, a great champion, and I think this kind of moment has happened to us, but it's not the first time and it won't be the last time.

"We have another important game on Saturday [against Bournemouth] and then on Wednesday [against Atletico], so for this game, we will be ready and we will be back again.

"This can happen in football and we're used to it. We just have to keep working hard and keep going if we want to be great champions."

The reigning European champions were beaten 1-0 by Atletico at Wanda Metropolitano in the first leg of their last-16 tie last month, but Mane is expecting a much-improved performance at Anfield.

"We'll learn from that defeat and then we'll be ready to go again," he added.

"We know it's a different competition and it will be really important for us, but we're playing at home, so let's enjoy it."