'There will be goals!' - Davies expecting high-scoring Champions League final as Bayern book date with PSG

'There will be goals!' - Davies expecting high-scoring Champions League final as Bayern book date with PSG 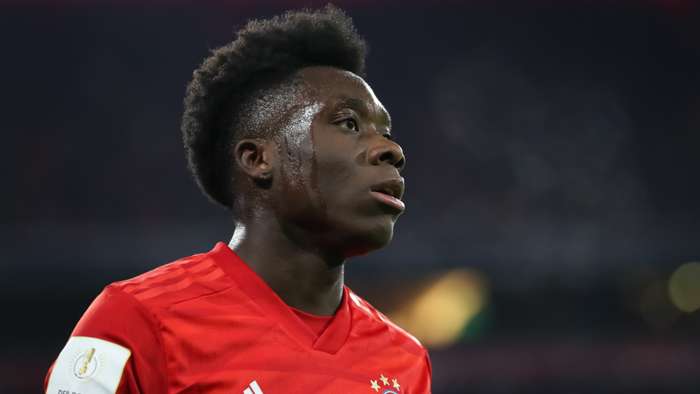 Bayern Munich star Alphonso Davies guaranteed goals in the upcoming Champions League final as his side booked a spot in the showpiece alongside Paris Saint-Germain.

Bayern benefitted from a pair of first-half goals from Serge Gnabry, who fired home in the 18th and 33rd minutes to all but seal the Bundesliga champions' spot in the final.

Robert Lewandowski tacked on a goal for good measure in the game's final moments, as he and Gnabry became the most prolific duo in the competition's history with 24 goals this season.

As a result, Bayern are now set to play in their first Champions League final since 2013, when they took down Borussia Dortmund to claim the club's fifth European triumph.

PSG, meanwhile, have never been to the final, but both sides enter Sunday's match in good form and with plenty of superstars capable of providing goals.

And Davies expects both team's attacks to be out in full force in Lisbon on Sunday as the Bayern star believes the competition will be decided in a potential goalfest.

"It feels good. Everyone is happy and playing well. We are happy to make it to the final," Davies told BT Sport following Wednesday's victory.

"PSG is a good team, right now we celebrate a bit then we focus on the next game.

"It will be a good game, there will be goals in that game. This is what you dream about as a footballer, playing with the best and against the best in Europe.

"It is a dream come true. Playing in the Champions League and getting to the final is everything you could ask for.

"Even though the older players in the squad have won many many titles before they are still hungry to win this one."