‘There's no comparison between Messi & Ronaldo’ - Barcelona star 'from another planet', says Vidal 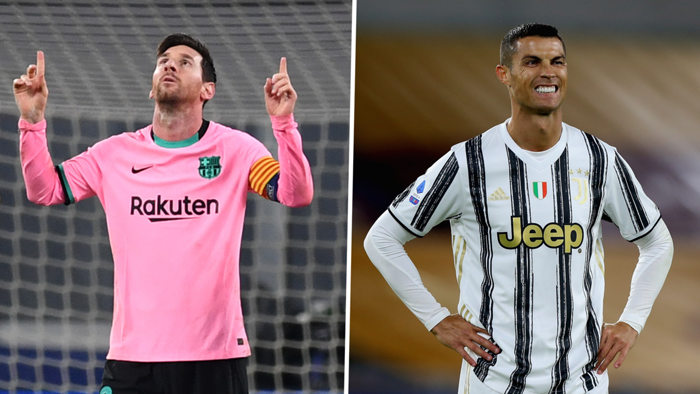 Arturo Vidal says “there is no comparison between Lionel Messi and Cristiano Ronaldo”, with the former Barcelona midfielder considering an Argentine icon at Camp to be “from another planet”.

That argument has run for well over a decade now, with Messi and Ronaldo sharing 11 Ballons d’Or between them.

Both have rewritten the history books on a regular basis, with their respective CVs including countless records and pieces of major silverware.

For some, Ronaldo’s work ethic and transformation from tricky winger to prolific frontman marks him out as the finest player of this or any other generation.

Messi, though, boasts God-given ability and has delivered moments of magic down the yearsthat have his supporters refusing to acknowledge that anyone even gets close to the heights he has scaled.

Vidal falls into the latter of those two camps, with the Chile international havingwitnessed at close quarters just how good a fellow South American is.

For him there is only one logical choice, with the 33-year-old telling Corriere dello Sport:"There is no comparison between Messi and Ronaldo. Leo is from another planet.

"Of the two years I spent with him, many things have remained in my heart. A beautiful friendship was born between us, a relationship that will remain forever. United for life."

Vidal parted company with Messi and Barcelona as he returned to Italy with Inter.

The former Juventus star, who won Serie A titles during his time in Turin, believes his current employers are capable of reasserting domestic dominance under the guidance of Antonio Conte.

He added: "I'm not afraid to say the word 'Scudetto' because I have won a lot in my career and I came to Inter to continue doing it.

"I am convinced that we will be able to raise an important trophy. Juventus remains the number one favourite.

"For the Champions League we have a lot of confidence and I am convinced that we will go on. So far we have lost two-threepoints on the road, we have to get them back."

Vidal went on to say: "I chose Inter because it’s a serious project and a coach who always wants to win.

"This team reached the Europa League final last season because its players were hungry and has everything to achieve something important, and now I’m here too.

"I’m here above all for Conte. We had three years together at Juventus and that was an unforgettable experience. He wanted me too, we talked a lot last summer and the club did everything possible to ensure I joined Inter.

"Conte is the same coach he was at Juventus. He loves football and transmits that passion and desire to win. He gets very angry if you make a mistake and will tell you to your face, in front of everyone.