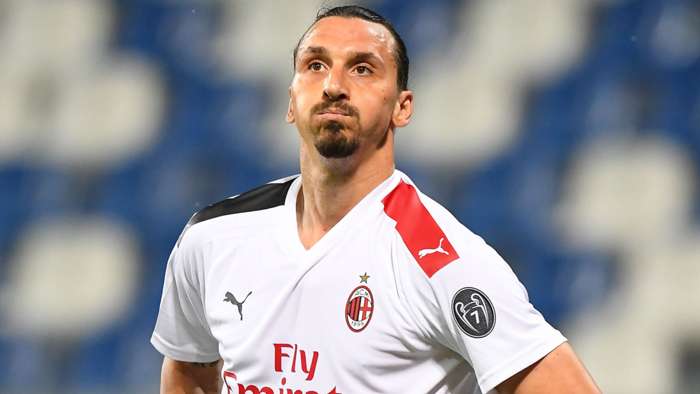 While Ibrahimovic is only contracted at Milan until the end of the season, the club announced on Tuesday an extension for head coach Stefano Pioli until 2022.

Ibrahimovic, speaking when still unaware of the Pioli announcement, said he was unsure about his future.

"I still have three games, still 10 days, nobody said anything to me and I don't expect anything else," he said, via Sky Sport Italia.

"There are things that we cannot control, but that seem strange to me, but we are doing great things. We play with great confidence and we believe in what we do."

Milan are unbeaten in 10 games since the season resumed last month, and are now fifth in the table. Ibrahimovic, who has scored eight goals in 17 games this season, praised Milan's form.

"I'm working, I'm fine, the team is fine and doing good things," he said. "When I arrived we are second or third in the standings, it means it is not bad."

Milan are in action again on Friday, when they host high-flying Atalanta.

Leeds owner Andrea Radrizzani said he had attempted to sign the veteran forward in January, before he moved back to Milan rather than switch to the English second tier Championship. He is now unsure about whether Ibrahimovic would be able to handle the pace of the Premier League.

"Ibrahimovic will certainly be difficult,"he said. "We tried to sign him in January, but he chose to join Milan and the deal vanished. Now I think it's too late, the intensity of English football is different."

Serie B newcomers Monza also will not be signingIbrahimovic ahead of next season.The veteran forward has been linked with a move to the Lombardy club, who won promotion to Italy's second divisionafter being taken over by former Milan president Silvio Berlusconi.

Howeverex-Rossoneri CEO Adriano Galliani, now on the board of Monza, said:"Our budget will be used to get into Serie A. We won't go crazy, but we will do what's necessary.