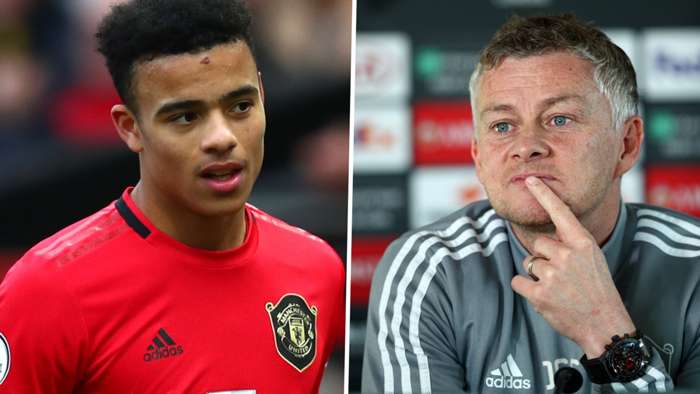 Ole Gunnar Solskjaer has set Mason Greenwood a challenge to keep his spot in the Manchester United first team as he admitted the "sky is the limit" for the promising forward.

The 18-year-old scored a brilliant goal against Brighton on Tuesday, his 13th in all competitions during the 2019-20 campaign, and the Norwegian was full of praise for the youngsterahead of Bournemouth’s visit to Old Trafford on Saturday.

He told reporters: "We have done well over the course of the season giving him more and more exposure, more and more game time, it’s not easy being a young boy.

"He could still play in the FA Youth Cup team, but he's performing off the bench or when he starts and he's developed fantastically this season.

"The sky's the limit, it's up to himhe knows what he should do, can do, and must do to continue playing, but that's between us."

After convincing victories against Sheffield United and Brighton in their last two Premier League outings, Solskjaer suggested he could name the same XI that he picked in both of those matches against struggling Bournemouth.

"I've got to wait and see," he added."A couple got some knocks - bruises -if there are a couple of changes don't be surprised. Not just because of fitness, but there are so many games.

"It would be nice to play the team that played so well against Sheffield United and Brighton but let's wait and see how everyone is after training. I've got many, many reasons to play the same team but also have reasons to rotate."

Midweek results mean United are now just two points behind Chelsea in fourth and three points behind Leicester in third with six games left to play.

While many believe Solskjaer’s side have an easy run-in as they push for a Champions League spot, the United manager has warned against complacency.

He said: "I've seen lots of quotes that we have an easy run-in but next the five games... Bournemouth we lost, Aston Villa we drew at Old Trafford, Southamptonwe drew too.

"Welost to Palace, lost to West Ham... there are teams we've got a point to prove against and we have to improve on thelast performances against those teams. It's not an easy game against Bournemouth."