'The mimimum, we did it today' - Guardiola relieved to see hunger return of Manchester City's flat FA Cup loss to Arsenal

'The mimimum, we did it today' - Guardiola relieved to see hunger return of Manchester City's flat FA Cup loss to Arsenal 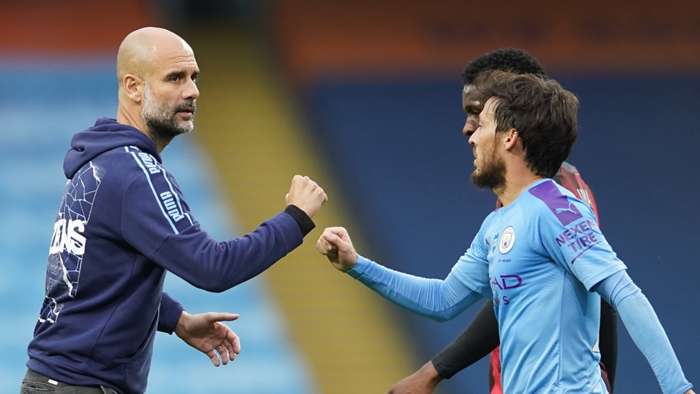 Pep Guardiola was relieved to see the hunger back in his Manchester City team as they won 4-0 at Watford in the Premier League.

After that game, Guardiola said it was "the way we lost" that hurt him more than the result, questioning the appetite among his players for the battle.

He was more satisfied with the display at Watford,though, astwo goals from Raheem Sterling were followed by Phil Foden and Aymeric Laporte getting on the scoresheet.

Guardiola told BBC Radio Five Live: "The minimum, we did it today."

"And when this doesn'thappen,we cannot be proud of ourselves."

Guardiola stressed even Sterling, after another outstanding season individually, would not be finishing the league campaign with a great sense of accomplishment.

Guardiola also said the Professional Footballers' Association's player of the year award must go to a Liverpool star this season, ruling out City playmaker KevinDe Bruyne as a serious contender for thehonour.

Foden, who stroked home City's third goal at Watford from close range,said: "We weren't likeourselvesagainst Arsenal. I don't think the energy was there from minute one and we weredisappointedand we wanted to be back on track today.

"I think we did that well. You couldsee we were pressing from the front and back to our normal selves.

"There's still a far way to go for me to be a regular starter. I'm going to try and take it into the rest of this year and keep going from there."