The fightback starts here: Man City and Guardiola give Liverpool an early warning shot ahead of next season

The fightback starts here: Man City and Guardiola give Liverpool an early warning shot ahead of next season 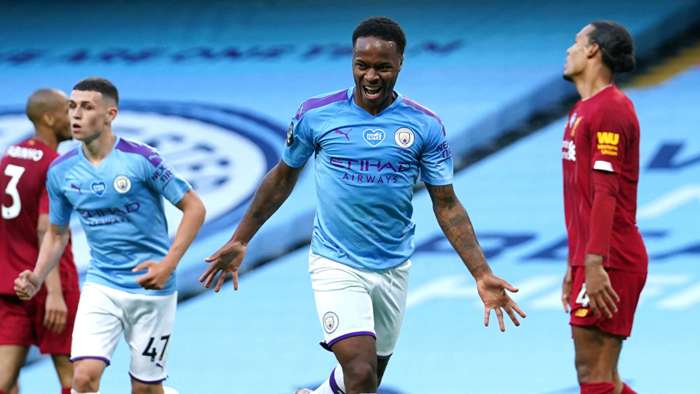 That’s the problem with being back on your perch.

It means you’re there to be shot at.

A week after their first Premier League title in 30 years was confirmed, and after forcing Manchester City into the ignominy of a guard of honour at their own stadium,Liverpool were given a firm reminder of the challenges which await them.

Jurgen Klopp had insisted on Wednesday that the idea of “an end of an era” at City was to be ignored. “They will not stop,” he told his pre-match press conference, and his words were borne out here at the Etihad, as Pep Guardiola’s wounded side finally landed a blow in this most one-sided of campaigns.

Nobody knows yet when the new season will start, but City have already begun their quest to wrest their title back.Liverpool may be 20 points clear - crowned the new Premier League champions a week ago - but they won’t have it as easy next season.

This 4-0 win will not ease the pain of having to hand over their title, but if there was a message to be sent here by City, then it came through loud and clear.

Those who think Guardiola’s side are finished, that next year's title race is a foregone conclusion,should think again.

This was Liverpool’s strongest starting XI, even if they performed far from their best, butCity started without Sergio Aguero andFernandinho. Leroy Sane, meanwhile, was miles away;pictured in a Bayern Munich shirt ahead of the completion of his deal whileRiyad Mahrez and David Silva were rested after a hectic Project Restart.

And still City toyed with Liverpool.

Nothing, of course, will take the shine off Liverpool'scelebrations, and nor should it. Their fanshave spent the past week in party mode, and rightly so. They’ve waited long enough to bask in the glory of a title win.

Klopp and his players, though, will be hurt by this reverse, make no mistake. This was not the team which has swept all before them this season.

They had actually started brightly, and could have been ahead well before Joe Gomez’s tug on Raheem Sterling allowed Kevin De Bruyne to give City the lead from the spot.

After that, it became something of a horror show. City were three up by the break, exploiting Liverpool’s substandard pressing and questionable decision-making. Sterling nudged in the second, and Phil Foden rinsed Andy Robertson to add a third as the visitors' composure and cohesion deserted them.

These are undoubtedly the best two teams in England and Foden shone brighter than anyone. His goal on the stroke of half-time was outrageous -the moment of the night as Foden andDe Bruyne repeatedly picked holes in the meanest defence in the Premier League.

A more even second half saw Alex Oxlade-Chamberlain, a half-time substitute for Gomez, divert Sterling’s shot into his own net to compound the Reds’ misery.

For City, this was a glimpse of the future - not just for next season, when there will also be new faces challenging for starts - but also for the long term. Guardiola has so far held back his young stars but this was the time to go with the youth of Eric Garcia and Foden and they showed they are more than comfortable on the big occasion.

Rookie defender Garcia was straight back into the starting line-up after suffering concussion in a horrible clash with his own goalkeeper Ederson in the victory over Burnley. It was a brave decision and the young Spaniard was just as courageous.

He was tested physically with a competitive aerial challenge with Roberto Firmino in the opening 30 seconds, but more than that was his fearlessness under the pressure of Liverpool’s intimidating high-press from their fearsome front three.

They’ve had some of the best days of their lives in the past week, these Liverpool players,but it will have been a sombre bus which made its way back down the M62 to Merseyside.

This was not the way they wanted to mark their coronation.

For City, itwas a reminder of the high rewards the high-risk strategy of Guardiola can produce. Roll on next season.