'The best team on the day will win!' - Man City vs Real Madrid will be decided by 'small details', says Varane

'The best team on the day will win!' - Man City vs Real Madrid will be decided by 'small details', says Varane 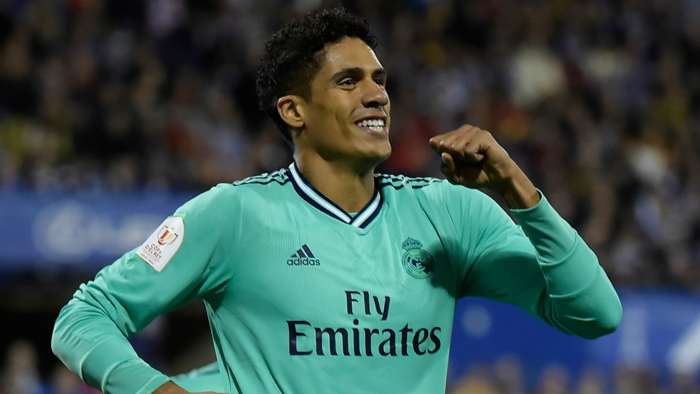 Manchester City versus Real Madrid will be decided by "small details", according to Raphael Varane, who says "the best team on the day will win".

Zinedine Zidane's men took the lead through Isco, only for late Gabriel Jesus and Kevin De Bruyne goals to give City afamous 2-1 victory in the Spanish capital.

Realhave sincebounced back from that disappointment to win their first La Liga title since 2017, while Pep Guardiola's men were dethroned by Liverpool in comprehensive fashion in the Premier League.

Zidane has never lost a European knockout tie on aggregate as Madrid head coach, and Varane says the entire squad are motivated to keep that run going at Etihad Stadium.

"We haven't had games to play beforehand, so we have time to prepare ourselves. The best team on the day will win. We'll go into the game with hunger to win and the necessary determination."

Varane added on the likelihood of another fiercely competitive contest between two elite teams:"It will be a difficult game against a very good team.The first leg was a top-quality game, with pressing from both teams. "It was decided by the small details.

"Real Madrid and City are two teams that like to have the ball, are very intense and that require lots of concentration.

"These are the best games in the Champions League - the ones that are decided by very little. They are why we love this competition."

Madrid won three European Cups in a row during Zidane's first spell in charge, and Varane says that experience holds them in good stead to avoid an early exit this time around.

"We know what we've achieved in recent years is something exceptional," he continued. "What we have to do is carry this experience with us and know that the small details make the difference in big games.