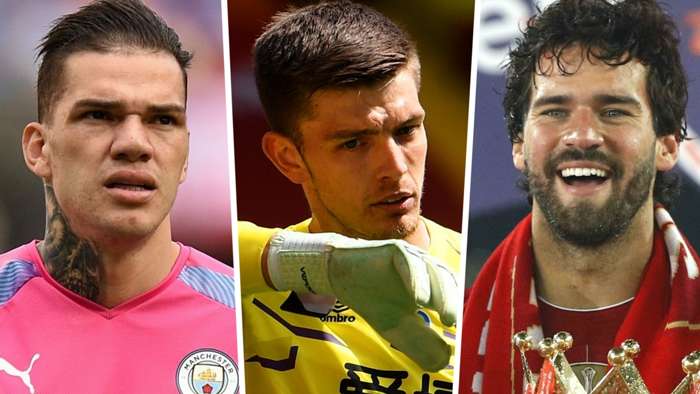 When mulling over goalkeeper options in fantasy football this Premier League season, a number of factors must be taken into consideration.

The most important thing is: does this guy keep clean sheets?

However, there are other attributes that help shot-stoppers score well in FPL.

To help you decide who to pick, Goal has taken a look at the best goalkeepers to choose in fantasy football this season, along with a selection of bargain picks.

Burnley's Pope was the highest-scoring goalkeeper in fantasy football last season, amassing 170 points thanks to 15 clean sheets and 23 bonus points.

The Clarets' strength in defence is complemented by the shot-stopping ability of England international Pope, who is also a dab hand at saving penalties.

Denmark international Schmeichel has scored well over 100 points in each of the last five seasons in Premier League fantasy football and he is undoubtedly one of the best goalkeepers in the division.

Now into his 30s, Schmeichel can be considered a veteran and his worth to Leicester's efforts is invaluable, as two penalty saves last term attest.

Brazil No1 Alisson endured a difficult start to last season as he struggled to recover from an injury, but once he regained full fitness it was business as usual.

Liverpool's strength at the back helps Alisson's case for inclusion, considering the fact that he is very likely to keep a lot of clean sheets over the course of a campaign.

Tottenham goalkeeper Hugo Lloris has struggled in the past few seasons, with injuries and off-field issues contributing to a downturn in fortunes. However, he looked rejuvenated at the end of the last campaign.

The France star kept four clean sheets in nine league appearances post-lockdown and, with Joe Hart joining Paulo Gazzaniga in pushing for the No1 shirt, he will be aware of the need to up his game.

As an example of what Lloris is capable of, he scored over 140 points a season in each of the four campaigns before the last one.

Ederson won the Premier League Golden Glove award last season after a campaign in which he kept 16 clean sheets, but he just about made the top 10 scoring goalkeepers in FPL.

Along with Alisson, he is the most expensive goalkeeper on the game, thanks mainly to the fact that Man City are a team that don't concede a lot of goals.

Aside from that fact, Ederson also possesses something of an 'X Factor' considering that he loves to play a defence-splitting pass and to go up for corners if his team are chasing the game.

Rui Patricio was an inspired addition to the Wolves team two years ago and the Portugal No1 has demonstrated his abundant quality for the club.

He was ever present last season and saved two penalties - a renowned strength of his - while keeping 13 clean sheets.

The strongest goalkeeper option outside of the £5-6m bracket is undoubtedly Brighton's Ryan, who has scored well over 100 points in each of his three Premier League campaigns.

It may seem counter-productive to choose a goalkeeper from a team that will be fighting against relegation, but often these players are the ones who score the most points.

Sam Johnstone is a product of the Manchester United academy and, while he didn't make the breakthrough at Old Trafford, he is now an accomplished goalkeeper with plenty of games under his belt.

He is the undisputed first-choice at The Hawthorns and will potentially pick up a lot of bonus points over the season.

Fulham's No1 Marek Rodak is relatively young for a goalkeeper, but he is not lacking in confidence, having put 15 clean sheets on the board in 36 appearances last season.