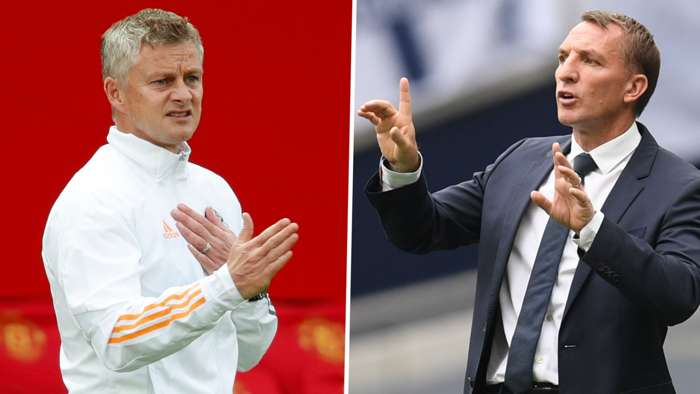 His players' expletive-filled outbursts had become increasingly audible in the final quarter of the game at Old Trafford, as they failed to find a winner against a resilient West Ham side who looked the more likely to score.

That sense of frustration will increase tenfold if United produce a similar performance against Leicester City on Sunday.

The season finale at the King Power is set to be a tense and titanic affair, with a top-four finish dangling like a golden carrot in front of both sides. The Champions League spot on offer makes this 'The £100 million ($128m) match'.

The equation for Solskjaer’s side is simple. One point and they’ll be back where they believe they belong, among Europe's elite – something that didn't seem remotely possible after United's worst start to a top-flight campaign for 30 years left them 13th in the Premier League table after nine games.

Leicester need to win to guarantee themselves a place in next season's Champions League but United are currently unbeaten in the league since the restart.

"First of all, approximately 80 per cent of the TV money for UEFA competitions goes to those clubs who qualify for the Champions League. The Europa League is the poor relation as far as European competitions are concerned.

“United had an income of £627m ($800m) when they qualified for the Champions League last season. They said before Covid-19 hit that they were expecting a drop somewhere between £50-60 million due to lack of Champions League participation and then you can add a bit more because of the effects of the pandemic.

"There is also the clause in their Adidas contract which means that their earnings will be reduced by 25% should they fail to qualify, which is worth another £20m ($26m)."

The stakes are certainly high for United, and that's just purely in terms of revenue. In reality, while an extra £100m would undoubtedly be a boost to the balance sheets, their bank accounts are still in a healthy condition, despite the pandemic.

However, missing out on the Champions League would negatively impact their summer transfer business.

While executive vice-chairman Ed Woodward has already warned that it won't be a case of "business as usual" this summer because of the economic crisis caused by coronavirus, United find themselves in a stronger financial position than many other clubs and are expected to be active when the window opens.

However, it will be more difficult to land their top transfer targets without the lure of Champions League football.

Jadon Sancho, who remains one of their top priorities, wants to continue competing in the world's premier club competition. Trying to persuade the 20-year-old winger to move to Old Trafford to play in the Europa League would not be easy.

A midfielder, centre-back and striker are also on Solskjaer’s summer wish list and qualification would make it easier to attract the top talent the club need if they are to go on a title charge next season.

Of course, even if they fail to finish in the top four, United could still qualify for the Champions League by winning the Europa League.

However, this year's final isn’t until August 21,just three weeks before the start of the new Premier League season, which has been confirmed for September 12. Failure to beat Leicester would, thus, hold United back in their attempts to recruit players as quickly as possible.

Solskjaer is confident his team have enough in the tank to go to Leicester and get the result they’re desperately seeking but their performances in the last four games suggest it’s going to be a tight affair, particularly as his favoured starting XI are feeling the effects of a long season.

They’ve lacked penetration, pace and precision in recent weeks and, despite Leicester’s poor form since the restart, winning just twice, United know they’re going to have to raise their game if they’re going to secure that lucrative £100m prize.