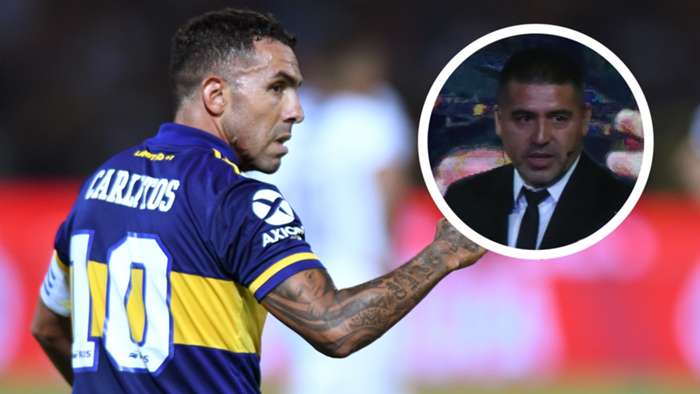 After the euphoria of snatching the Superliga title from under River Plate's noses on the final day of the 2019-20 season, reality hit hard for Boca Juniors and Carlos Tevezin the most unexpected fashion.

Tevez, of course, thanks to his exploits in Argentina, Brazil, England, Italy and China, confronts this unique situation from an enviably comfortable economic standpoint. But at 36 he knows that every day he remains inactive brings him closer and closer to the moment he must eventually hang up his boots.

That is part of the reason, perhaps, why negotiations over what appeared a routine contract extension were drawn out for the best part of a month before he finally agreed to a one-year deal last week, with Boca holding the option to extend for a further six months at its close.

The forward's powerful strike from distance past Gimnasia keeper Jorge Broun sealed Boca their crown back in March, his fifth league triumph with the club and the 11th overall in his illustrious, trophy-laden career. But it is not the lure of domestic titles which push Tevez on in the twilight of his career.

“I am going to continue, of course, I want another chance to win the Libertadores,” he signalled in a terse interview with Radio La Red last month from his quarantine base in Maipu, a tiny rural town some 300 kilometresfrom Buenos Aires.

The famous old trophy has become Boca's white whale; it has beenthe cause of huge frustrations over the last few years as they have become unstuck against none other than their great arch-rivals from River.

Even worse for Carlitos was the inevitable association made between himself and the man many Boca fans signal as responsible for those heartbreaks -former president Daniel Angelici, whose favoured candidate was thrashed in the December elections that brought Juan Roman Riquelme back to the club as vice-presidentto Jorge Amor Ameal.

Angelici and his mentor, Mauricio Macri - former Boca chief anduntil Decemberthe president of Argentina -were present at Tevez's 2016 wedding, and the forward was careful to attribute a slice of the credit for theSuperliga victory to Ameal's predecessor amid the celebrations.

In turn, both the presidential candidate and Riquelmehimself used Tevez's supposed decay on the field as a stick with which to beat the incumbent president; a strategy that was continued by two of Roman's collaborators parallel to contract talks.

“When we took over Carlos Tevez was an ex-football player,” Jorge Bermudez fired to TyC Sports . “For a lot of people Tevez was on the way out and Roman arrived to kick him out the door.”

The ex-Boca and Colombia defender's words were echoed by Raul Cascini, another member of Riquelme's technical staff, to Fox Sports : “When we came to the club, Carlitos after China was an ex-player.”

“I'm out in the country here in Maipu, I don't hear or see anything,” Tevez hit back when questioned by Radio La Red on those comments. “They reached me and obviously I'm upset, but we need to talk about this inside the club.

“I want to leave Boca properly, not fighting with anyone. But I'm not going to let myself be disrespected.”

Those tensions were eventually ironed out during a personal chat between Tevez and Riquelme the past week, and the Boca captain is set to sign his new deal in the coming days to make his stay official.

All indications suggest that there was little in the contract to cause such dispute in the first place. But why did members of Roman's inner circle go on record with such barbed remarks aimed at Carlitos?

Those commentslanded to such an extent that for several days he was reportedly close to walking away altogether, with even a rather implausible return to West Ham mentioned in certain sectors of the press.

The devil makes work for idle hands, as the old saying goes, and that seems to be as neat a summary as any for the current mood around the Bombonera. During that breath-taking final tilt for the Superliga, where Boca won six straight matches to take the title and Tevez showed his worth with six goals, all minds were focused on that sole objective, with the added incentive of toppling season-long leaders River and denying the Millonarios their first league gong since 2014 further concentrating theranks.

For the last four months, though, any training has been virtual, with veteran coach Miguel Angel Russo getting to grips with Zoom in order to pass down his orders; and that dispersal in the squad has led to old, damaging habits of press leaks and ill-advised statements coming to the surface and damaging morale.

Underneath it all, additionally, the power struggle still rumbles, and for all the public shows of unity between Riquelme and Tevez the concern that he remains a figurehead for the previous administration still gnaws at those now in charge.

Thankfully, then, relief is on the horizon. The Libertadores is set to restart in earnest on September 15, giving Boca little over two months to prepare as they look to pick up where they left off in Group H. It is the prize everyone wants around the Bombonera, perhaps none more than Tevez, whose sole taste of South America's most important club trophy came almost two decades ago in 2003.

Almost five years ago to the day, on July 13, 2015, Tevez stepped out in front of 50,000 baying fans to mark his return to Boca. In front of the likes of Diego Maradona, who hung a banner from his personal box stating: “Thank you for coming back, Carlitos,” the ex-Juve man's message was simple: “The goal is to win championships, and beat River.”

The titles have arrived, but not the one he really wants.Likewise, River have tasted defeat at Carlitos' hand but got the upper hand when it truly counted. Be it 12 months or 18, time is running out for the Boca legend to redress that balance.