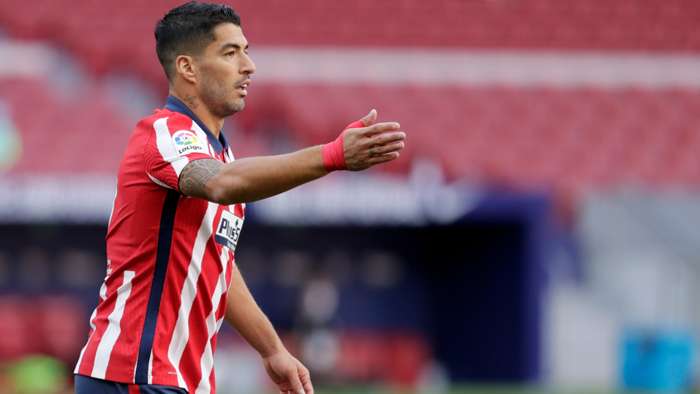 Luis Suarez was back among the goals for Atletico Madrid on Saturday, with only Cristiano Ronaldo hitting 150 in La Liga quicker than the Uruguayan in the 21st century.

Barcelona prised him away from Liverpool in a big-money deal, with those at Camp Nou buying into the ability of a forward who almost guarantees goals.

Six productive years were spent at Camp Nou, with the target found on 198 occasions through 283 appearances.

Of that haul, 147 strikes were recorded in the Spanish top-flight.

Ronald Koeman took the surprising decision to cast Suarez aside when he was handed the managerial reins at Barca over the summer.

Atletico were happy to do business with a domestic rival, allowing a proven 33-year-old to join their ranks.

Suarez has hit the ground running in the Spanish capital, with three goals recorded through just four outings.

The most recent of those came against Celta Vigo, in a 2-0 victory for Diego Simeone’s side.

Three points were most welcome for Atletico as a collective, while Suarez has now reached another notable landmark as an individual.

He has reached 150 goals in La Liga in just 195 games, with only a five-time Ballon d’Or winner who sent records tumbling while at Real Madrid able to better that return.

Suarez’s former Barcelona team-mate Lionel Messi would have been expected to figure prominently on that chart, but he was eased onto the senior stage while still in his teens.

He was not as prolific through his early years, with his goalscoring exploits bursting into life from 2008-09.

A remarkable haul has been recorded since then, with Messi fast closing in on 450 in the Spanish top-flight.

Suarez has no chance of chasing down the mercurial Argentine, but he can take his tally much higher in the coming years.

He has committed to a deal at Atletico through to 2022 and could earn an extension if he is able to maintain his current standards through to that point.