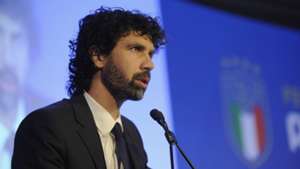 Damiano Tommasi, president of the Italian Footballers' Association, wants all football in Italy to be suspended, following reports that several regions in northern Italy will be placed on lockdown.

Multiple news outlets in Italy have claimed that Lombardy, which includes the cities of Milan and Bergamo, and 11 neighbouring provinces will be locked down as part of a new government decree to control the spread of coronavirus.

In such circumstances, nobody would be allowed to leave or enter those areas except for emergencies or unavoidable work commitments.

Italy has 5,061 confirmed cases of coronavirus, which has killed 233 people in the country. The spread of the illness has led to all games being played behind closed doors until April 3.

However, amid concerns the enforcement of lockdowns would prevent teams from travelling, Tommasi has called for the season to be brought to a halt.

Tommasi wrote on Twitter: "Let's stop the league!! Do we need anything else? Stop football!! #healthcomesfirst"

The president of the Italian Football Federation (FIGC) has said that the governing body cannot rule out the possibility of suspending the entire season if a top-flight player were to test positive for the Coronavirus strain COVID-19.

"If a Serie A player were to test positive for the Coronavirus, we would not rule out suspended the whole season," Gabriele Gravina told Rai Sport.

"We have to be realistic. In those circumstances we would have to adopt all the necessary procedures to guarantee, first and foremost, the health of our athletes, then consider what impact it can have on sporting competition.

"We cannot rule anything out at the moment but we should also try not to dream up a scenario for a situation that, at this moment, we cannot predict.

"Playing behind closed doors is certainly not ideal for any match. But seeing club presidents arguing over what is in their own interests sends out a very bad message and damages Italian football.

"Anyone who only looks after their own small patch of grass is contributing to the slow death of our sporting system."