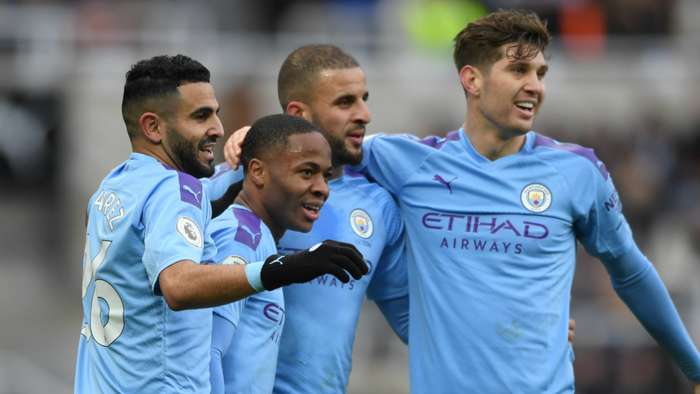 Liverpool may have snatched the Premier League title away from Manchester City but John Stones is still “quietly confident” that the Blues remain the best side in the English top-flight.

They have, however, been knocked from the loftiest of perches by a record-setting showing from those at Anfield.

City have suffered nine defeats in the league this season, with Guardiola hitting a surprising low in what has been a remarkably successful coaching career to date.

Stones, though, considers uncharacteristic struggles to have been a mere blip, with City still boasting a stronger squad and greater collective quality than their rivals.

"I think, yeah, quietly confident," the England international defender toldbeIN Sportswhen asked if he feels City believe they're still the best side in the league.

"We know our abilities and I think that the standard that we've set for ourselves and each other in the dressing room is every three, four days, playing at this high, high standard over the last few years is something to be very proud of as players.

"That's what we keep striving to do and take that into next season and to finish this season off by keeping our standards and trying to better ourselves, as I said, defensively and taking our chances at the other end of the pitch."

While retaining full faith in City’s ability, with it possible for them to end the campaign with four trophies to their name, Stones admits it has been disappointing to see standards slip.

He added: "It's frustrating for all of us really.

"I think it's something we're definitely not proud of from previous seasons, breaking the record, doing back-to-back and then this season letting games slip where we've been on top and been the better team is something we need to improve on and are looking to try and do that."

Stones returned to the fold to help keep a clean sheet in a 5-0 mauling of Newcastle in City’s latest outing, with the 26-year-old pleased to be back in what has been a testing season for him on a personal level.

He said: “It’s been frustrating. I picked up an injury really early after we first came back and that kept me out for just over a month.

“It was really frustrating because in lockdown I had worked so hard in the gym and keeping fit and felt like I was I the best condition that I’ve been in.

“So to come back and get an injury that has kept me out until just before the Newcastle, it feels great to be back. I feel fit and healthy and ready to fight for the Champions League and every competition that we are in. It’s exciting times.”