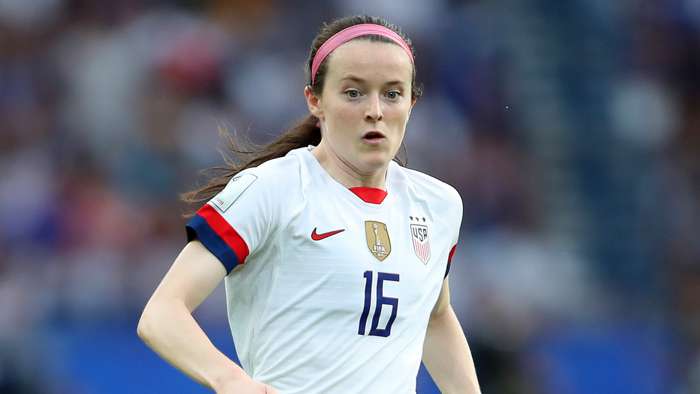 OLReign announced they have acquired the rights to midfielder Rose Lavelle in a trade with the Washington Spirit, with the U.S. national team star expected to join Manchester City imminently.

OL Reign confirmed that Lavelle would be leaving NWSLafter the trade, withThe Athletic reportingthe midfielder will join Manchester City next week on a one-year deal with a mutual option.

"The agreement with Washington was made with the understanding that Lavelle is expected to sign an agreement to play outside the NWSL with immediate effect," OL Reign said in a statement."As a result of the trade, OL Reign will control Lavelle’s future playing rights in the NWSL."

Following the end of the month-longChallenge Cup in Julythe NWSL currently has no more matches scheduled in 2020, though there are reports the league could return in some capacity next month.

“Our project with OL Reign is ambitious, which requires taking smart, strategic risks to achieve our objectives,” said OL Reign head coach Farid Benstiti. “We all know that Rose is a special player, so for me this is a chance we had to take.

"I very much hope that we will have the chance to work with Rose in the future, and I am excited about supporting her as she works to achieve her destiny as one of the best players in the world.”

Lavelle spent three years with the Spirit but made just 21 appearances for the club as a combination of injuries, international duty and the Covid-19 pandemic reduced her time on the pitch.

“Rose truly is a world-class player, and working with her has been an incredibly enjoyable experience," Spirit head coach Richie Burke said in a club release.

"I can’t thank her enough for her work on behalf of our club and for the relationship we shared during our time together. I wish her the very best of luck and the good fortune to stay healthy as she moves into this next phase of her career.”