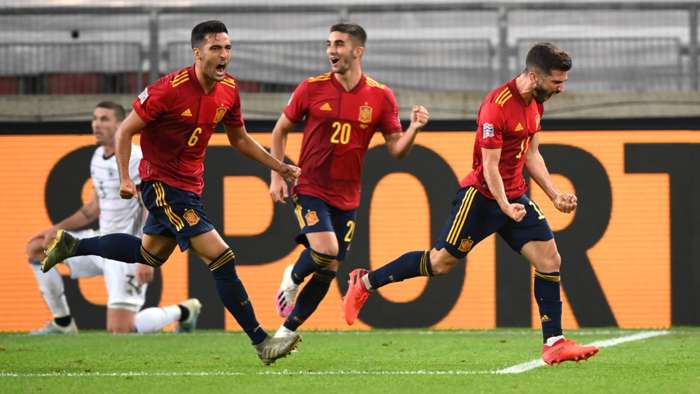 Spain face Ukraine at the Estadio Alfredo Di Stefano on Sunday evening as Luis Enrique's men play their second game in Group two of League A of the UEFA Nations League.

La Roja grabbed a last gasp equalised to draw 1-1 with Germany on Thursday and will be looking for their first win against a Ukraine side who were victorious against Switzerland in their group opener.

The 2010 World Cup winners have won each of their last six matches on home soil conceding just one goal in the process and bet365 price them at 1/2 (1.50) to claim another success.

David De Gea is likely to keep his place in goal following a fine showing against Germany, while Barcelona's Ansu Fati could be rewarded with a starting berth after a decent showing off the bench.

Ukraine manager Andriy Shevchenko saw a number of Dynamo Kyiv players drop out of his initial squad with injuries, but will likely select West Ham forward Andriy Yarmolenko to lead the line after his goal against Switzerland.

La Roja showed a lack of a cutting edge against Germany with Luis Enrique's experimental front three of Ferran Torres, Rodrigo Moreno and Jesus Navas not causing too many problems.

There could be some changes up front, but nevertheless Spain often struggle to finish off chances despite dominating possession.

Defensively, though,they remain difficult to break down and in their last 12 competitive matches on home soil they have kept nine clean sheets.

With De Gea in excellent form and the centre-back pairing of Sergio Ramos and Villarreal's Pau Torres beginning to flourish, we can expect the hosts to keep another clean sheet, but there is not an expectation on them to run riot in front of goal.