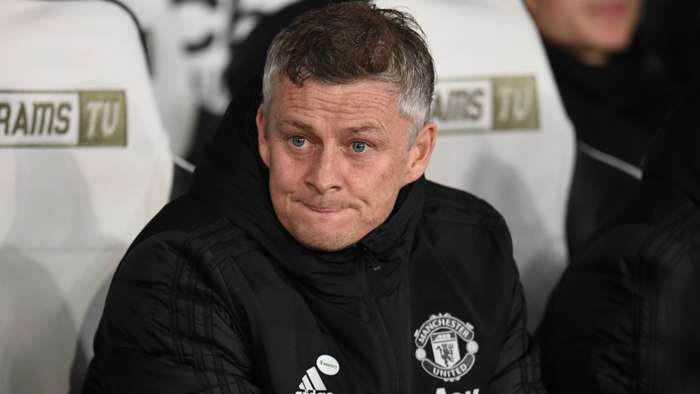 Manchester United manager Ole Gunnar Solskjaer insisted it will not be the "end of the journey" regardless of the result against Leicester City as he looks beyond the Premier League's top four.

With United eyeing a return to the Champions League, Solskjaer said sealing a spot in Europe's premier club competition would be a step towards chasing down Premier League holders Liverpool and Pep Guardiola's Manchester City.

"We've not ended up anywhere yet," Solskjaer, whose United have not won the Premier League since Alex Ferguson's final season in 2012-13, said. "If we get a result against Leicester I think people will say we've not had a bad journey this season.

"But whatever happens, it won't be the end of the journey because we've still got some catching up to do on the two teams ahead of us.

"If you want to be part of Manchester United you have to get used to pressure in the final match of the season.

"It's nothing new, it's what this club has been built on. We have given ourselves a fantastic chance to end the season on a high, and now it's up to us to take it.

"The result won't define our season because we've already had many defining moments this season. Bruno Fernandes coming in made a massive difference, and I think our overall fitness and mental robustness is so much better now than it was last season."

A win on Sunday would guarantee the Red Devils finish third in the Premier League this season -a position that would be just reward according to Solskjaer.

"It would be a good boost and a nice boost for the team to finish third," he told Sky Sports. "I know since October, after that international break, we've had the third-most points in the league.

"For a long, long spell now we've been the third-best team, we just, in the start of the season, we were too inconsistent. Now we have got more consistency, more fitness levels, we're more robust.

"And of course, we want to be in amongst the elite in Europe and play in the Champions League, but the old Winston Churchill quote is, 'success isn't final, failure isn't fatal - then what you need is the courage to continue'.

"That's what we're going to do with this team, we continue. We carry on developing the team, improving and knowing that this is not the end of the journey for the team, this is just one other stepping-stone in our development."