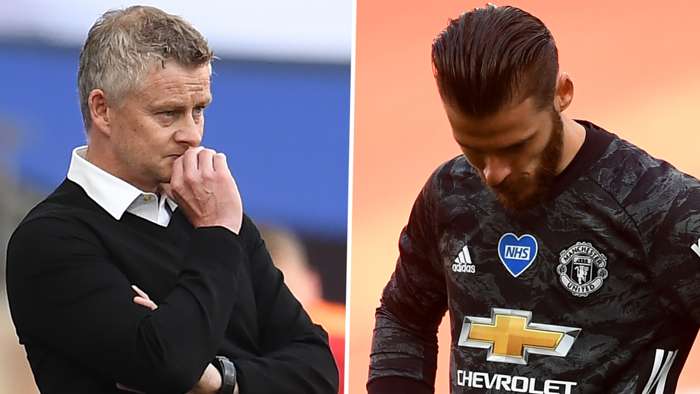 Manchester United should be “worried” about “unrecognisable” David de Gea, says Phil Neville, with costly errors having crept into the game of a once reliable goalkeeper.

Performances between the sticks have earned De Gea over 400 appearances and a lucrative contract through to the summer of 2024.

Questions are, however, been asked of whether he will still be No.1 when that deal comes to a close.

That is because mistakes have been far too frequent from the 29-year-old of late, with another forgettable display put in during a 3-1 FA Cup semi-final defeat to Chelsea.

De Gea has been relatively unchallenged over recent years, with his place firmly nailed down, but Dean Henderson is now breathing down his neck after impressing on loan at Sheffield United.

He told BBC Sport on the back of a disappointing showing from De Gea at Wembley against Chelsea: “He's unrecognisable from the player that won Player of the Year awards.

“If I was Solskjaer I'd be worried. His credentials are still up there with the best in the world but he's lost all his confidence.”

Neville has also claimed that United got their tactics wrong as a collective in a meeting with Chelsea that saw a 19-game unbeaten run in all competitions brought to a shuddering halt.

United lined up in an unfamiliar 3-4-3 formation against the Blues, with Paul Pogba and Mason Greenwood among those to drop out of their starting line-up.

Neville added on Solskjaer’s questionable selection call: “I don't think United had a player on the pitch, maybe Bruno Fernandes, that played well.