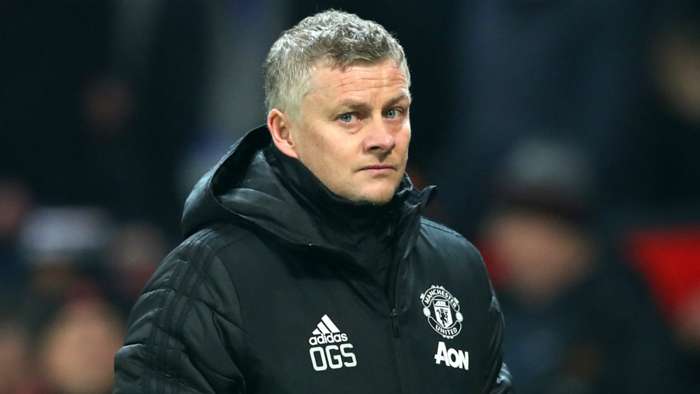 Solskjaer has overseen a 16-match unbeaten run in 2020 which has allowed United to re-emerge as a major force in the Premier League.

The Red Devils have won their last four matches in all competitions, including an impressive 5-2 home win over Bournemouth last time out, and are now within sight of Champions League qualification.

Such an achievement seemed a long way off for United at Christmas, as Solskjaer's men were unable to string a sequence of meaningful results together in the first half of the season.

The Norwegian took the bold decision to let Romelu Lukaku and Alexis Sanchez move to Inter last summer as he began a squad rebuild, with Ashley Young joining the pair at San Siro in January.

He has also been unafraid to axe household names from his squad since being appointed the club's permanent manager in March 2019, instead choosing to place his faith in younger players with the drive to work hard and improve.

The United boss has been rewarded for his no-nonsense approach this year, and his doubters have been silenced as the team havegradually gelled together to start challenging the best sides again.

The likes of Jesse Lingard, Andreas Pereira, Eric Bailly andPhil Jones have been reduced to bit-part roles over the course of the transition.

Former United goalkeeper Schmeichel has been pleased with how Solskjaer has gone about restructuring the squad, andappeared to reference Lingard and his 'J-Lingz' clothing label when discussing those still on the books at Old Trafford.

Schmeichel toldMUTV: “I’m on record for saying this a long, long time, since Ole came, that his most important job is not really to sign players, it’s to get rid of players.

“There’s a few players in the squad that we absolutely do not want there.

“They’re not there to play for the badge. They’re there to create a profile for themselves.

“I was reading about one player trying to make themself a brand like Beckham which is shocking really. But there are players there that do not belong in the dressing room.

“And I think Ole has done really well in kind of sifting them out of the picture really, so we only get reminded that they’re there in a chat like this, or reading about the squad. I think he’s done an amazing job.”